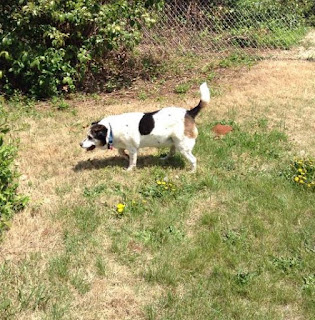 As I mentioned before, we had to put my dog Zelda to sleep about two months ago due to her about to lose her eyes, other health issues, and the financial costs to the surgeries that would not have improved her life just spared her less pain. She wasn't "old and barely moving" like many elderly dogs are before they're put down so it was even more difficult to make that choice. I always felt I did the right and the wrong thing at times. 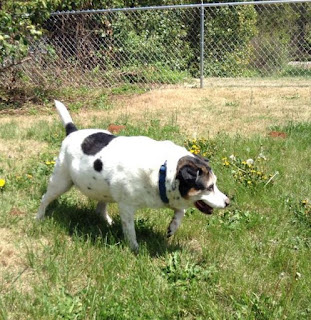 I've been having these dreams a lot. Maybe five times a month. Zelda would still be alive in my dream and then we'd try to put her to sleep. How this happened varied between dream to dream and none of them were like what happened in reality back in October. But every dream ended up with Zelda surviving. One dream she'd seemed normal but still with the same health issues. One dream had her eyes looking like they were something out of a horror movie. I believe dreams are a reflection of our subconscious and I can see that I never really forgave myself for what happened to Zelda.
Posted by Adam at 10:35 AM

Adam it was not your fault, I hope you find peace soon.

The vet told my brother and family that they would know the right time to say goodbye to Pugsley. It was hard for them too. You knew Zelda and loved her. You chose the right decision to make her last days easier and not suffer. You did the right thing. Hugs to you.

Perhaps you should try doing some kind of "closure" ritual to honour Zelda and say goodbye to her, including some kind of action that might alleviate any guilt you feel -- for example, making a donation to the local humane society or something. That might quieten down your subconscious mind and end those dreams.

I'm with Debra here. I think you need some type of closure to say goodbye to Zelda and honour her. It sounds like your grief is intensified by guilt and many questions and emotions you are trying to work through. I do hope you find peace with this soon. These decisions are very difficult and painful.

awww - how very sad. they are like family, i hope the sadness passes!!!

I agree with Debra...sounds like a really good idea. And just remember that your dog was going blind and that would have been really hard on her and you....

I've had two dogs put to sleep; one had kidney failure and the other cancer, and both dogs were probably younger than your Zelda. A good pet owner doesn't let a pet suffer. There are only a few things dogs enjoy doing, like running and eating, and when they can't do what they love it's time for them to rest.

We had to put our 8 year old pug to sleep because of seizures. He seemed way too young and it was a really tough decision, but I know it was the right choice. It's never easy, and I am sorry that the decision is still weighing on you.