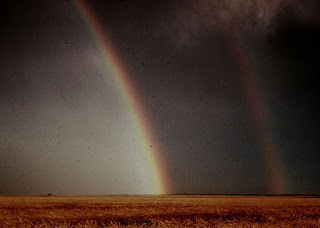 The other day my co-worker Pat and I were talking and she was "at war" with her sister. At first I thought of been something like how my mother would fight with my aunt. It'd often be over something stupid and petty and make them both look dumb. Turns out that her sister doesn't like Pat's son Michael. For what? Well turns out, he likes guys instead of girls. Funny how we discriminate over other people for something as stupid as that. I was a bit relieved Pat was on her son's side as I knew she was far more religious than I ever was at any point in my life, and she seemed to be more on the conservative side of politics even though we never really discussed either. So what outranks deities and politics? Love for your child. 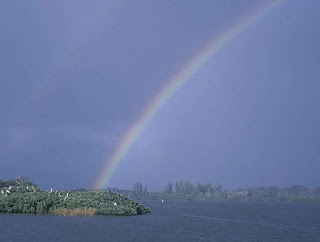 Pat was really upset that everyone treated her son like he didn't exist. This is a major reason why I always was so supportive of LGBT rights, is that many kids are often shunned by their families and they are lucky if their mother and father are accepting. Christians often go on and on about "sin" but there is only a few evils in this world greater than kicking your own child of out of your home and your life. She mentioned that he had tried dating women before but I think that's common for LGBT youth in conservative-ish families. They know option A is almost impossible so they try to see if option B might be tolerable. She also said he moved far away at a time, and even tried to take his own life. He even wanted to be a minister at one point in time, but switched career goals early on for obvious reasons. I had met her sister once briefly but I don't think I'll have much respect for her next time I see her. That's betraying your own family members. We can argue about politics and religion, but you can't change who you are.
Posted by Adam at 11:05 AM

That's wonderful that she is sticking up for her child. That's the way it should be. My daughter dated a couple of girls in high school and Ken and I were always supportive of her. If that's what she wanted to do I would have supported her.

"So what outranks deities and politics? Love for your child." -- beautifully expressed, Adam! My Mom and her sister had a similar falling out over me being a lesbian. They have not spoken in 30 years because of it.

I have several friends who are also sticking up for their child despite their different lifestyle. I'm so proud of them.

Fortunately these days LGBT have more rights and acceptance. Life is not easy.

"So what outranks deities and politics? Love for your child." Best thing I will read today. I love my daughters completely and unconditionally.

Well said. Gay people need all the support they can get. there's never enough support.

Since I don't think homosexuality is a choice, I feel it wrong to criticize. People are born the way they are and it isn't right to try and change that.

Love your child! Absolutely! You brought him or her into the world, and homosexuals are born not made. Terry and I have had gay children on each side of our family, and everyone has stood behind them with love and acceptance. Our biggest hope is that they will live happily in a more accepting world.

I don't understand how one can stop loving a family member for that. I remember when my cousin told the family she was a lesbian, there was chitter chatter about it for a few years (so, you know Sarah is gay, right?) Well, yeah. We are well aware. Who cares? But thankfully, none of the family treated her any differently after she came out. Those are the ones I would have shunned had it happened.

There is absolutely nothing that will ever change my love and support for my children..Now, I know people say "if you haven't been there, you don't know what you would do" and they can say it til Dooms Day but I KNOW in my heart my love for my kids is unconditional.