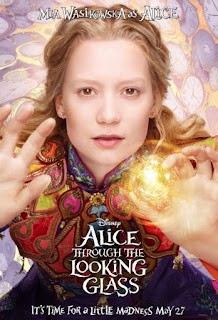 Disney's newest take on Alice Through the Looking Glass is something I've been kind of looking forward to and kind of not. This is based on the book that served as the sequel to the original Alice in Wonderland tale. Except I heard early on that this was going to be a loose adaptation at best. Last year I saw a movie (that was made for TV) from 1998 starring Kate Beckinsale and it was apparently more true to the book.. And I absolutely hated the film as it was nothing more than boring and mindless dribble. As far as I know, this is the first major film based on Through the Looking Glass and if the book really is just like the 1998 version I can see why. The 2016 Disney version did awful with critics, even worse than the "original" film with Mia Wasikowska and Johnny Depp. But could it be that terrible? 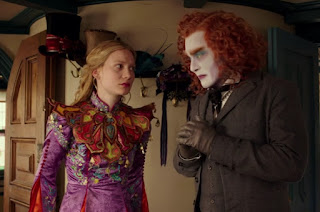 The film takes places several years after the events of the first movie. Alice Kingsleigh's father passed away and she became the captain of his old ship. After quite some time at sea she returns to her mother Helen Kingsleigh. She quarrels with Hamish Ascot, a man she was set-up to marry years ago. She finds a mirror and discovers a portal to another world. She goes in it and realizes it's the same realm she had traveled to many years prior. She learns from The White Queen, and the rest of her friends that the Mad Hatter is ill. He's not dying from a disease but from sadness of his soul. He believes his family is still alive (they were thought to have been destroyed by a dragon) and hopes Alice can help. She believes they are dead and this makes Mad Hatter angry. 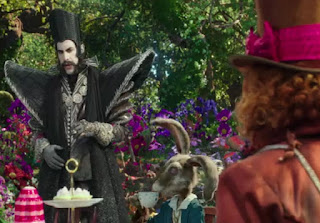 Alice learns of a man called Time who is the personification of the very thing. He has a magical device known as the Chronosphere which can make anyone travel back in time in Wonderland. The only catch is that if you see your past self then things get "very bad". Since Alice is not from the world, there is no risk in going back in time. Time himself denies Alice of her request, but she manages to trick him to get it. Alice learns Time is dating the evil Red Queen and he goes back in time to find Alice and bring her back. Can Alice save Mad Hatter's family or will she be lost in time forever? 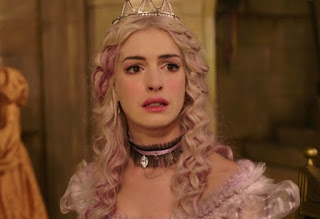 2016's Alice Through the Looking Glass is much better than the 1998 one with Kate Beckinsale I think. The story is much different, but I didn't think it was terrible either. It's about on par with the 2010 movie, though I think it's odd that it took them six years to make a sequel. A lot of people hated the first movie but I thought it was a decent film just like this new sequel. I liked the past of The White Queen and The Red Queen, and I thought they made Alice into a very likable character who is confident and independent both in Wonderland and on Earth. As far as another sequel, I really hope they don't try it. I don't think they have anything else to base it on anyway.

I've seen this movie! But I prefer to look others.

I've never been thrilled with this story and have stayed away from it over the years.

I tried with this movie and just couldn't! I loved the first one though.

I hated the first one. My daughter wants to see this one though, so I'll probably sit through it some day soon.