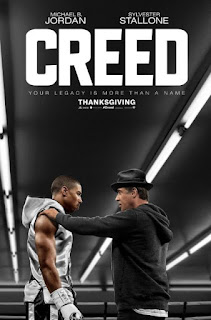 To be honest when I first heard about Creed I was rather disgusted as it seemed too familiar. It's hard to believe it's been over ten years since the 2006 film Rocky Balboa, and that movie was just a bunch of mistakes all over. I thought it was worse than Rocky V and almost everyone hated that one. Now that Sylvester Stallone is literally a senior citizen, he really couldn't pull other stunt like that such as trying to rematch against Mason Dixon. This one has Rocky training the son of Apollo Creed. For those who forgot Apollo Creed was the first fighter Rocky ever faced in major league boxing. He later became his friend but died in Rocky IV. But can Apollo Creed Jr. really be that good? 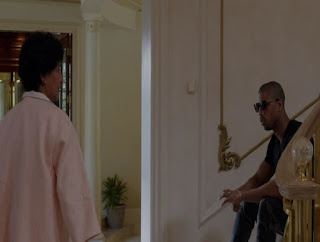 Okay so his name isn't really Apollo Creed Jr. but rather Adonis Johnson. Creed had an affair with a woman before his death and Adonis was born afterward. His mother died early on so he floated around foster homes and whatnot. Creed's widow Mary Anne Creed tracked him down while he was still a kid. Though he had gotten into enough trouble to land him in juvenile hall. Mary Anne decides to adopt him and he accepts. She loved him like his own son, and Adonis loves her and thinks of her as his own mother. Though she is worried about Adonis, she wants him to have a real job and a normal life. She doesn't want him to die in a boxing ring like his father. 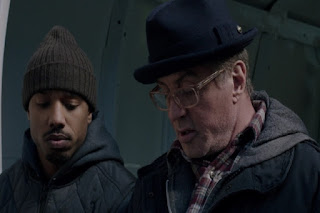 But with boxing talent in his genes, Adonis wants to be just like his father. He tries to find a good trainer but he is shunned away. He eventually finds Rocky Balboa who runs a restaurant called Adrian's. The retired widower tries to turn Adnois away but he is persistent. Adonis moves out of his adopted mother's house and into a regular apartment in Philadelphia. There he meets Bianca who is a singer who has some local notability, and he tries to date her. But the biggest luck in his career was people finding out that he is Apollo Creed's son. He adopts the name Adonis "Hollywood" Creed and this gives him a fight with Ricky Conlan, a British boxer who is suppose to be the best in the world as a Light-Heavyweight. Will he be a champion like his father and Rocky Balboa? Or will talent and not genes prove to make the boxer? 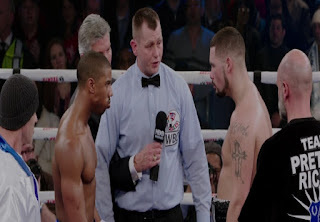 I was surprised to learn that Creed was really beloved by critics. I did think it was better than Rocky V and Rocky Balboa but not quite as good as Rocky I through Rocky IV. Like his Fantastic Four co-star Miles Teller, I really dislike Michael B. Jordan so that might have something to do with it. While I can tell he worked out for the role, he also just doesn't look like a boxer to me. The story is good while predictable and the final battle is worthy of the series. I didn't really like the ending so much (a bit too deja vu) but boxing matches can only end in so few ways. I hear a sequel is in the works and I'll probably end up watching it even if it tanks with critics. We will just have to wait and see I suppose.

Oh this is one I really want watch
xx

It was okay for a watch, but I agree, really can't like the guy that much.

It's amazing how thoroughly Sylvester Stallone can milk his Rocky Balboa character.

We saw this not too long ago. I'd give it about the same rating.