Fact of the Day: Arabic Heritage 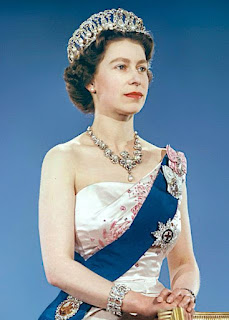 Queen Elizabeth II is said to be a descendant of Islam's Muhammad himself through his daughter Fatimah. However this actually goes back to the English King Edward IV, and all his descendants not just Elizabeth II. Edward IV was descended from Maria de Padilla as her daughter married a son of King Edward III. Maria de Padilla was a Castilian noblewoman and her family claimed descent from Muhammad's daughter Fatimah. Almost all of Europe's royals could claim the same as most have King Edward IV as an ancestor too.
Posted by Adam at 12:00 AM

Go all the way back and you can relate to many

Pretty watered down now, seven centuries or so later!

I didn't know this! I think my country's royal family is probably related to other royal families as well, as they all married far away family members back in the day

Oh wow this is really interesting!

I notice that you have an interest in English history. When it comes to royalty there are some interesting stories.