Fact of the Day: BTK Killer 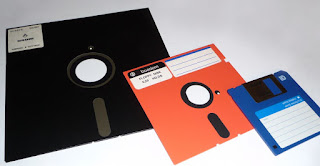 Between 1974 to 1991 an infamous BTK Killer had been loose somewhere in Kansas. In 2004 he decided to get back into his old habits and started to taunt the public. He asked the police if they could tell who he was if he sent them a floppy disk. They responded by newspaper that it would be safe for him to do so. Unfortunately for him, this was untrue as they found out who he was through the disc. They found a document written by a Dennis for the Christ Lutheran Church. They discovered a Dennis Rader was the president of the church's council. While they needed more evidence to take him to court, Dennis Rader was proven to be the real BTK killer. He's currently serving 10 life sentences.
Posted by Adam at 12:00 AM

Email ThisBlogThis!Share to TwitterShare to FacebookShare to Pinterest
Labels: fact of the day, kansas

What did the "BTK" stand for? -Jenn

For the commenter above, "Bind Torture Kill".
And I don't really know much about his case, but catching a serial killer is always a cause for celebration.

I'm not familiar with the BTK Killer.

Never even heard of him. Glad he was caught though.

Wow- That is amazing and the guy was an idiot to send them a floppy disc...but good for the world that he did that. Maybe, secretly, he wanted to be caught.

It's great that he got caught!

I remember how glad I was when he was caught...there was a tv movie about him...scary