Fact of the Day: Leaving the Throne 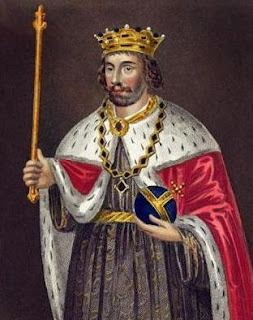 Edward II was not a very good King of England. His disastrous reign left him with very little support, even his wife Isabella opposed him at the end. After being captured, the king was left with a choice, he was to abdicate or refuse and face the possibility that his son would never become king after him. With tears, Edward II accepted and his son became Edward III. Edward II died later that year, most likely murdered.
Posted by Adam at 12:00 AM

Thanks for sharing this, Adam. I wasn't familiar with this historical tidbit.

Can't rule when everyone hates you

I love all of these interesting facts.

I guess not everyone is born a leader...

The downside of monarchies is that you often get people in charge who have no ability to govern.

So much drama with these people.