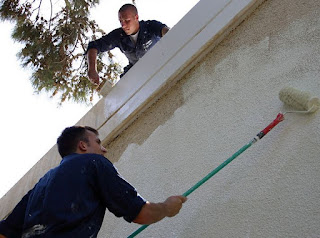 I work at a place where I mix paint for folks who will soon be rolling and brushing new colors in their house. I really do like it and even though there are other departments at work it often feels like my own little bubble. Not much of the politics and gossip of work falls inside the bubble. But the other day my co-workers Devan and Jeff (who are not paint people) called me over to their area to ask me a question. About maybe two to three months ago, the place hired a woman named Jessica who is on a "team" that is suppose to help out all areas of the place. This team usually never does much, instead of being good at one thing they're terrible at everything. The day before they call me over  to talk, Jessica worked in paint for the first time. I only had talked to her maybe three times at best before then but I trained her to mix paint like I do all my newbies. 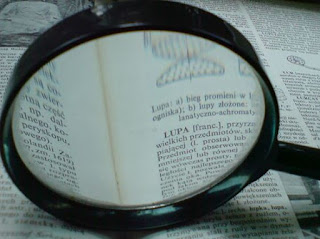 Well Devan asks me "Do you know Jessica has the hots for you?"

This came at me at quite the surprise. Funny enough, ever since watching Sherlock (Benedict Cumberbatch's version) I often try to read people on simple things and try to guess things about them without asking them or others and hopefully find out if I was right or wrong later. I'm not quite as good as ol' Sherlock Holmes but seeing a sparkling ring on her left ring finger was an obvious clue that she was married.

But like that version of Sherlock Holmes, when it comes to women that like me I'm often oblivious to it. In a pitiful way, I've always assumed women don't like me. I don't read the signs like other guys do. A woman either has to kiss me unexpectedly (which has never happened) or spell it out on a big sign (which would scare me if it ever happened) before I'll put the clues together.

Jessica told me a story about her family staining a deck (we also make stain) and mentioned having a sister-in-law and a brother-in-law. After noticing the ring, I did hear her mention her husband but only at the very end in very little detail. Which now does make more sense I think.

I'm not an expert on women but I hear a game both genders play is to make their crushes jealous. This honestly would make me mad and alienate you more than trying to jump through hurdles to be with you. So to all the women who liked me that I never knew about, your strategy didn't work.

The day I worked with Jessica I mentioned my co-worker John (who's much older than us) and she giggled like a schoolgirl and said "he's so darn funny". I actually thought she had a crush on John before Devan said anything the day after. I've worked with John for quite some time, he's not that funny. Was this an attempt to make me jealous? Maybe I dunno. 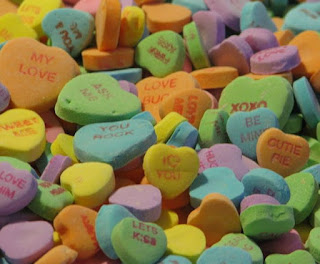 Devan (despite the name) is a woman and Jessica worked with Devan in her department before she ever headed over to paint. Devan told me that Jessica asked all kinds of questions about me like

"Who's working in paint right now? Is it Adam?"

and some other ones I've forgotten.

Now apparently from what Devan told me, Jessica didn't outright say it but I'll admit it does sound likely. Now don't any of you worry, I'd never do anything Daisy wouldn't want me to do. And second, she's married and I've never been a person who could defend himself anyway.

And you never know, it could be a big misunderstanding. I'm keeping it to myself, though Devan or Jeff could possibly start rumors than often spin into gossip. I haven't seen Jessica since I wrote this post, so we will give her the benefit of the doubt.

But I have to be honest, I've haven't felt this flattered in a long time. But I hope I never learn the truth of their suspicions.
Posted by Adam at 12:00 PM

I guess you feel flattered and you should be. Always nice when someone says nice things about you!

I am not surprised You are indeed very handsome.

So how did you put the clues together with Daisy? Did she hire a skywriter or something? No, wait . . . I bet she bought you a big stuffed animal that was holding a heart that said "U R cute, let's d8!" Amiright?

Being flattered can sometime lead to trouble so be careful around this gal...

If I were in your shoes, I'd be walking a little taller after this attention.

It's always flattering when someone finds you interesting.

Maybe she's just a friendly person. Sounds kinda ditzy to me. But, it is nice to know that others find you attractive.

My husband had a similar situation at his job, except he knew the girl liked him and later found out that she even stalked my social media. When she was about to cross the line in trying to contact me, my husband brought it up to his boss and she stopped bothering him/us after.

It always feels nice to know that someone still finds you attractive; but it's also highly awkward for me. Some people flat out don't care if you're married or they are! I run, run as fast as I can! Like the gingerbread man!