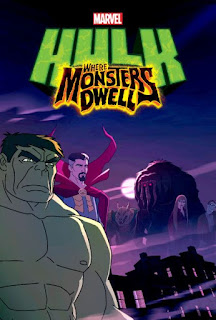 Twenty years ago, superhero movies were hit or miss. But that all changed with Marvel's Iron Man in 2008 and the birth of the Marvel Cinematic Universe. Now there have been bad superhero films after 2008, but the majority of them have been excellent whether it's been from the works of Marvel or DC comics. Smaller made-for-Blu-ray animated movies have come out since then and DC has been better than Marvel here. Though I did really like Planet Hulk and this held some promise. I don't know everything about Doctor Strange (who is more of the hero of the story) so I figured this would help me there. 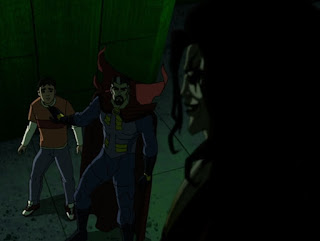 On Halloween night, a batch of kids end up at Doctor Strange's house. They cross paths with his monsters and are saved by The Sorcerer Supreme and The Incredible Hulk. The monsters that were on the loose were all human, but were twisted into monsters by spiritual forces. The mastermind is the dream demon Nightmare who Doctor Strange knows very well. Doctor Strange is very concerned that the shifts in the forces of nature have given Nightmare the power to hurt many around him. In the dream realm, Nightmare is extremely powerful. 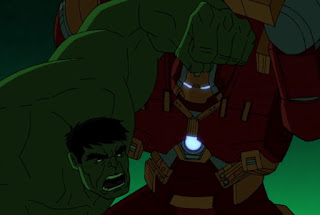 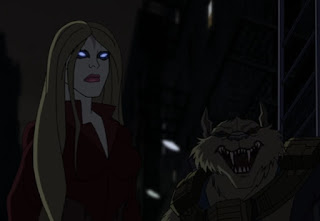 Overall I thought Hulk: Where Monsters Dwell was a not-so-surprising disappointment. While most superhero movies can be watched by all ages, it seems they couldn't decide whether this one was for little kids or fans of the comics. I thought Nightmare was stupidly over-powered and not that great of a bad guy. I did learn of the  S.H.I.E.L.D. Paranormal Containment Unit and its members for the first time. They are like the undead Avengers and their role is rather moot in the story. None of these animated movies have been as awesome as what's in the MCU but they have been far better than this one.

Glad I avoided it