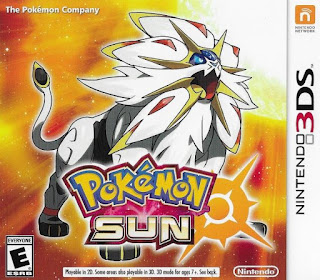 Pokemon Sun and Moon are the newest Pokemon games in the main series. So far the 3DS has gotten 3 sets of main Pokemon games. There was X and Y, and then Omega Ruby and Alpha Sapphire. I never played the original Ruby and Sapphire on Gameboy Advance so I just skipped it. I had almost skipped Sun and Moon until the craze of Pokemon Go came along. I never really played Pokemon Go but it revived my enthusiasm for the series. Nintendo has fallen on some more difficult times lately so they are pumping out more of their series staples than they usually do. Can Sun and Moon impress being the 3rd pokemon game in a handheld generation? 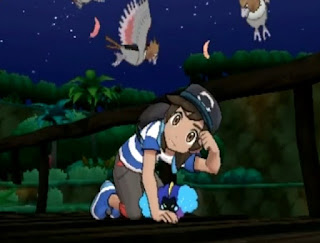 Sun and Moon are set in the land of Aloha which is based on the U.S. state of Hawaii like how Kanto was obviously based on a region in Japan. Like Japan and Hawaii, there are people from Kanto and elements of its culture in Aloha. Your hero character is a new trainer on Melemele island (one of four big islands) and is given the task of completing the island trails (which replace the gyms) by Professor Kukui. Not long into the quest, you encounter a pokemon known as Nebby (Cosmog) who is taken care of (badly) by a girl named Lillie. The little Cosmog Nebby has mysterious powers and it seems to be wanted by the nefarious Team Skull. 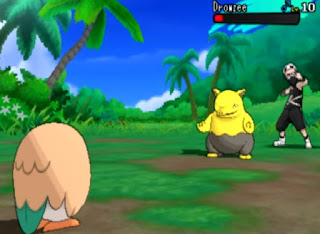 Battles are pretty much the same as in X and Y. Instead of Mega-Evolutions however you use Z-powers which can be used by any pokemon as long as they use the same element as a move. But I noticed tag-team battles rarely ever happen and they are ridiculously easy. While the first couple of generations of games always added 150+ pokemon to the roster, most of the ones you encounter here are old favorites. Some of them have "Aloha forms" which means they either look or act different than what we're used to. Like having a Vulpix (and Ninetails) that is a ice type instead of a fire type. Instead of gyms you have to go through island trials. Some of them just require you to defeat a powerful pokemon master, while others have you fighting a super-form of a traditional pokemon known as the Totem pokemon. You also have to travel between different islands (which are fairly different) before your quest is over. 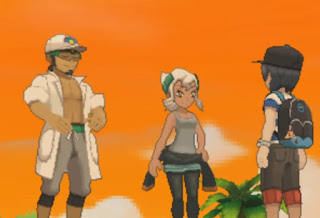 But overall Sun and Moon was much better than I had expected when I first heard of the game. They make things quite different and this has been the first pokemon game in a long time to give me a challenge. I imported my high-level pokemon from Pokemon X and even I had trouble with the later foes in the game. Which actually ticked me off a bit as some of it was just the game creators giving these bosses extremely unfair advantages. Being said I think I might skip the next game of the Pokemon series, these quests can quite wear you out and start to feel redundant. While I never quite felt the same joy as Red/Blue or Silver/Gold I do think they did a wonderful job with Sun/Moon and I think it's a better game than X/Y.

Your game reviews give me a glimpse into an unknown and unexplored world (for me). I need clones! LOL

A friend of mine used to be obsessed with Pokémon!!

I don't play video games so I hadn't seen this before.