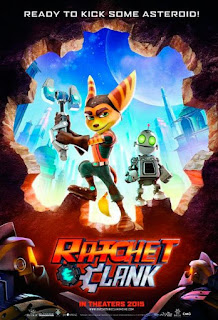 Back in the early 2000's I fondly remembered the Ratchet and Clank video games. They were some of the best on the Playstation 2 and they were made by the same folks that created Spyro the Dragon on Playstation 1. But I had no idea that a literal movie based on the video games hit theaters last year. I don't think anyone else did either as it flopped big at the box office even against a very modest budget. The games had a decent story but the characters and humor were really good. If this was one series to make a movie on, it wasn't such a bad idea. So why did nobody even care to see it in theaters? 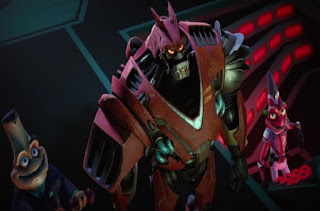 The film starts where you don't have to know anything about the video games as it begins before Ratchet meets Clank. It's set in the fictional Solana Galaxy where Chairman Alonzo Drek is leader of the Blarg. He teams up with a evil mad scientist named Doctor Nefarious and they control a space-station capable of destroying planets. Once they terrorize enough people, the good leaders in the galaxy call upon heroes to help defeat them. They call for a new member for the esteemed (and tiny) special forces team called the Galactic Rangers 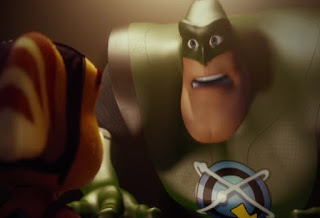 An orphaned young lombax (like an alien cat) named Ratchet wants to join the group. He's quite handy with vehicles but he's told he's not good enough. A robot named Clank is sent to help but he bumps into Ratchet and the lombax tells his metal friend that he "knows" the Galactic Rangers. The pair make it to a scene of dire need where they luck out and end up being celebrated heroes. They both get a spot on the Galactic Rangers, but will they have the skills to defeat the evil forces lurking in the sky above? 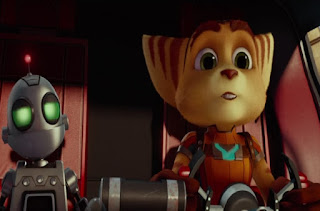 I can really see why Ratchet and Clank flopped at the movie theater. It doesn't really appeal to those who never heard of the video games. And to fans of the series, the witty humor from the video games series kind of dried up here. Clank is pretty awesome (like always) but even our favorite little robot with green eyes can't balance out a generic story filled with many dull moments. While it's still better than most movies based on video games, there was a lot of potential lost. I hope nobody in Hollywood is stupid enough to make a movie based on Jak and Daxter.