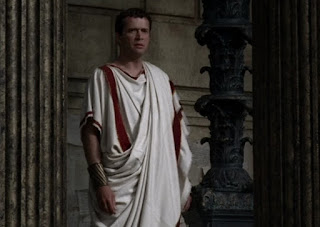 While Game of Thrones in unarguably HBO's biggest hit series, Rome in many ways was Game of Thrones before Game of Thrones back in the mid-2000's. While the A Song of Ice and Fire books predated Rome the TV series, the two shows share a lot similarities. They even share a couple of the same actors as well. I saw the first season not long ago about the rise and fall of the legendary Roman dictator Gaius Julius Caesar. It certainly felt like living-history despite some changes from the writers. The 2nd season takes place pretty much as soon as the last one ends. With Rome in total chaos and instability. 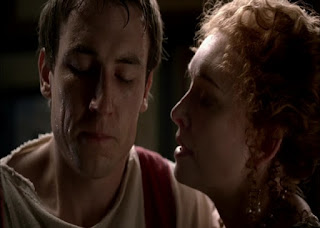 With Julius Caesar betrayed and murdered on the floor of the Roman Senate, life in the Roman Republic seems to be very unpredictable. The "liberators" had killed their "tyrant" but the common people are not quite happy about it. While Marcus Brutus was willing to stab Julius Caesar, he is spooked and somewhat ashamed of what happened. His mother Servilia is pleased as she hoped to get revenge. Marc Antony is almost assassinated but manages to flee to safety. He plots with Octavian about what to do. The young great-nephew of Caesar comes up with the idea of giving the "liberators" a pardon of sorts in exchange for keeping Julius Caesar's will and laws in-tact instead of being reversed by a zealous Roman Senate. 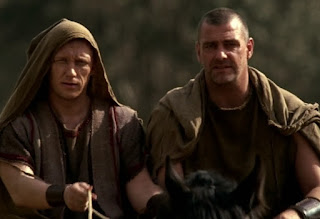 Titus Pullo and Lucius Vorenus will see their friendship tested yet again. Lucius Vorenus' wife Niobe jumped off the balcony to save her son from a hateful and jealous husband. Lucius goes from rage to utter sadness. But the anger comes back quickly and he soon loses practically everything he has. Titus Pullo was once saved from certain death by Lucius Vorenus and he tries to prevent his best friend from throwing his life away. Whether or not they can repair their simple lives, the futures of all Romans (and the lands with rulers that are their vassals) is about to change forever but will it be better or worse? 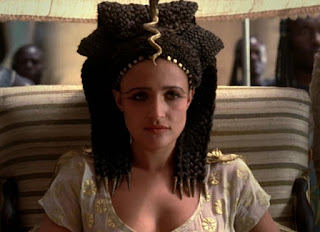 I will say the second season of Rome was better than the original. I think mainly because it's shorter and things seem far less stretched out. There are a couple of historical inaccuracies but nothing too major that it ruins the story for me. The 2nd season was to be Rome's last as the show proved to be far too expensive for HBO to keep afloat. I'm not too bitter about it, I never thought Rome was the masterpiece I heard it was. I certainly think Game of Thrones is the much better series. But at least it ends without any cliff-hangers and even if it did, you could look it up in a old history book or something.

Strange that I never saw this since I usually watch anything related to Ancient Rome.

It's too bad it ended after only 2 seasons. We enjoyed watching it.

I really enjoyed the two seasons of Rome, and I was upset that it didn't continue.