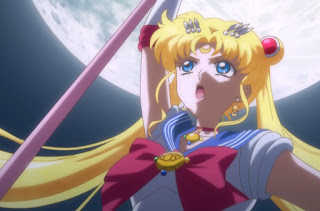 While anime has existed since the 1960's, it never really made an impression for American audiences (except maybe Speed Racer) until my generation grew up in the 1990's. I remember two of the most popular earliest ones being Dragon Ball Z and Sailor Moon. Dragon Ball Z got some talented voice actors for the most part, the Americans behind the English dub of Sailor Moon did not and committed the sin of drastically changing character's names from the original Japanese. I knew very well of the series (it was quite a blessing for cosplay) but never really watched it until my wife begged me to back in 2011. We watched it in Japanese as there was no good English dub we could find. Not long after we watched it, I heard of Sailor Moon Crystal which was a remake for Japan. I'm not sure of when but a decent English dub is out and my wife got around to making me watch it yet again. 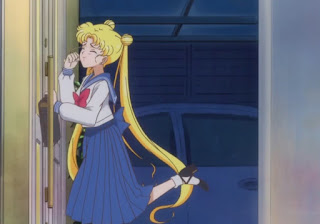 Since the Sailor Moon story is remake, not much has changed. It all starts with Usagi Tsukino who is (like many anime protagonists) in middle school and she's rather dumb and a bit of a cry-baby. One day she comes across a strange black cat named Luna. The cat talks to her (seriously) and gives her the power of a "sailor guardian" which makes her strong enough to fight monsters and super-beings. She is initially pretty pathetic and would most likely die if it wasn't for the help of the mysterious Tuxedo Mask. But Luna is determined to help Usagi become a better Sailor Moon as they need to find the Moon Princess as soon as possible. But finding her won't easy, and she will need the help of others. 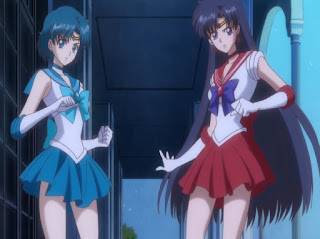 She will help awaken other girls destined to become sailor guardians. There's Ami who becomes Sailor Mercury, there's also Rei who will be the powerful Sailor Mars, the third is Makoto who will become Sailor Jupiter, and finally Minako who is ironically Sailor Venus before there was a Sailor Moon. All the girls have power on par with Sailor Moon but their powers differ. Sailor Mercury is more water-based, Sailor Mars is fire-based, Sailor Jupiter uses lightning, and Sailor Venus is more unique. An evil sorceress named Queen Beryl is looking for The Legendary Silver Crystal as it has powers that can overtake the whole Earth. But will the Sailor Senshi be able to defeat such a powerful foe? 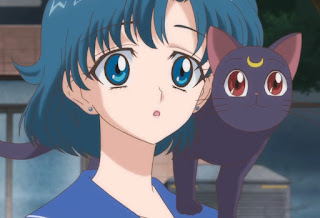 Sailor Moon Crystal is both worse and better than the original anime. The animation is superb (and they don't resort to constantly recycling battle animations), and the story has far less filler than the original run. But I grew rather bored by the story as I heard it before. I also noticed some large changes (mainly paths/fates of characters) near the end of the season so that was a little strange and most of the changes are much worse. I don't think we'll be seeing the second season soon, but knowing my wife Daisy we will eventually get to it one way or another. I do hope I rather like the second season more than the first.

i have never heard of this - i wonder if you enjoyed it??

today was the first time i was notified of your comment via email. that is very helpful to me!!

i read right to the end and never noticed the c+ until after i commented. so i assume you only liked it a little!!!

My older daughter was a huge fan of sailor moon in the 90s.