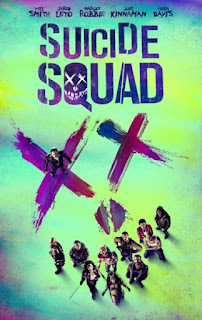 While The Marvel Cinematic Universe (Avengers-related films) really has reshaped the way superhero movies are done and viewed, DC's attempt at mimicking Marvel's success has been iffy at best. The first two films of the DC Extended Universe were met with mixed results. Though Man of Steel fared a heck of a lot better with critics than Batman vs. Superman: Dawn of Justice. Suicide Squad came out as a critical flop and I thought it was funny to see rabid DC fans accuse Rotten Tomatoes of Marvel bias even though Rotten Tomatoes doesn't actually review movies but rather collect and average out every legitimate critic. I will say DC was at least orginal going after a dark team of super "heroes" as Marvel will probably do the Dark Avengers as a film one day. The movie did better with fans but still a little worse than it should have done. Could it be the worst super "hero" movie ever? 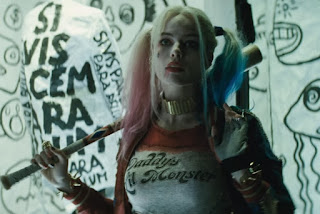 The film is set after the events of Batman vs. Superman. A top government official named Amanda Waller proposes the idea of creating a elite team of dark super-villains to serve on the side of good. She has several in prison and decides to use them just in case the next Superman to fall out of the sky might not be on the side of justice. There is Floyd Walton (Deadshot) who never misses with a firearm from any range. Then there's Harley Quinn who is downright crazy. Another is Captain Boomerang who is ruthless. One member of the team is El Diablo who can summon a great deal of fire and use it to his will. And one of the last members is Killer Croc who is a mixture of human and reptile and takes the darker side of both. The most powerful is The Enchantress who is possessing the body of a human female named Dr. June Moone and she has powers like a witch does in the works of fiction. 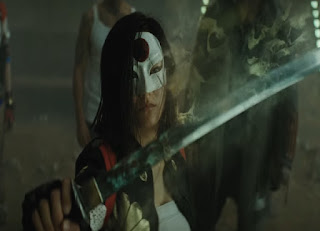 While Amanda Waller hoped that everything would go smooth, Enchantress manages to escape and rebel against humanity. After a city is almost destroyed,  the team is put together for the first time. Leading them is Rick Flag who is an Army Colonel who happened to win the heart of Dr. June Moone. His bodyguard is the super-human Katana, and she wields a sword that takes the souls of her victims. Both Rick Flag and Katana are there to make sure none of the super-villains try to flee. Even if they are able to get past them, they all have things that were injected in their necks. All it takes is the press of a button and that super-villain is gone forever. While the Suicide Squad could easily over-power Batman at one time, Enchantress is in a league that could rival Superman. Will any of them have what it takes to defeat the sinister demi-goddess? Or will actual heroes have to come in and save the Earth? 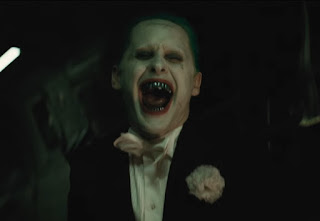 Since I was expecting the worst, I can say I actually liked Suicide Squad. For as many characters as they try to dish out, it works to a point. But I only really cared for Katana, Harley Quinn, and Deadshot. I thought Cara Delevingne as Enchantress was a decent villain but certainly couldn't hold a candle to Marvel's Loki but I'd say she was better than the Avengers villain Ultron. Jared Leto really does seem to borrowed the mind of Joker but I just disliked how they made him look. Margot Robbie's Harley Quinn is different in looks than most incarnations of the character (i.e. they make her far more attractive), but I thought she did well as Harley Quinn. DC does need to improve their movies if they hope to keep people interested. I do feel optimistic about Gal Gadot in the upcoming Wonder Woman movie though.

The wife and I tried to give this one a chance last week but we just didn't like it. It jumps all over the place, and since it has so many characters it was still introducing squad members half way into the movie and just dropping them into place like we should somehow know who they are. The action was great, and the banter was great, but the story just wasn't really there for me.

Don't spend much time in this genre.

I actually saw this one not too long ago. I liked it. I actually liked it a lot more than I expected to from all the horrible reviews that were posted. I thought it was done very well and it kept me entertained so a win for me.

Like "A Beer" I actually tried twice to get into this movie, but it just didn't happen. Glad I didn't pay for it in the theater.

Still haven't seen it. As a diehard fan of the 1990's cartoon Harley Quinn, I'm honestly too scared to watch it...

I really enjoyed this film was funny for me
xx

I liked it, it was cheesy but that was to be expected.

The movie was okay; I enjoyed it but I know they could have done better.

I haven't seen this yet

Not my sort of film, but, one of our sons was given the DVD for Christmas ... don't think he's watched it yet ... but I hope he will enjoy it!