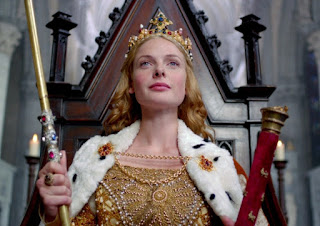 When it comes to movies/tv shows about the lives of English royalty, War of the Roses ironically doesn't get as many as tributes like King Henry VIII or Queen Victoria does. The War of the Roses was a rather long and violent civil war struggle for the throne of England. This is what George R.R. Martin got his main inspiration for Game of Thrones from. The White Queen is focused on the life of Elizabeth Woodville, Queen-consort to King Edward IV. The "White" part refers to the House of York (White Rose) opposed to the "Red" royalty of the House of Lancaster whose symbol was a red rose. 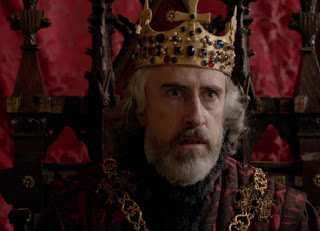 The story begins early on in the War of the Roses. King Henry VI has been known to be "mad" and his rival Edward IV has claimed the throne for himself. Henry VI's much younger cousin takes his throne with the help of Richard Neville who is Earl of Warwick and cousin to both men. Edward IV's support also depends on if he can make an heir to carry on his legacy. And Edward IV is also expected to marry some high-noble lady or a princess to secure men (or prevent them from being used for another rival) for a future battle/war. However Edward IV sees a fair maiden that catches his eye. 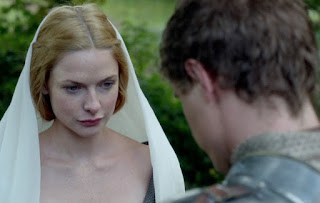 Her name is Elizabeth Woodville, who is of mid-rank birth and is not a suitable bride in the politics of England. She is considerable to be one of the most beautiful women in the country and she refuses to be Edward IV's love if she is not to be his bride. They marry and after quite a bit of a drama she becomes Queen of England. But the throne will see many shifts from both the Houses of York and Lancaster. One of them is Lady Margaret Beaufort who not-so-secretly admits that she wants her son Henry Tudor on the throne as if the House of Lancaster crumbles, Henry Tudor is the last heir to their side's claim to the throne. 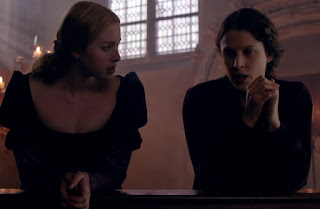 Overall I was quite disappointed by The White Queen. It starts out strong despite the over-dramatic scenes that kind of drag on. My wife Daisy really liked the series, but I found some faults with it. Mainly the historical inaccuracies really got to me at the end. The show uses things that were mere rumor at the time of War of the Roses as fact and that really bugs me. And while War of the Roses was a violent conflict, the actual battles aren't very thrilling especially when you know the outcome like I do already. .

Well, I guess in a TV show you'll always find flaws, I don't mind that as long as they don't claim it to be true!

This is so interesting. I know nothing about the White Queen.

I usually follow programs with an historic theme, like The Crown and Victoria, but I didn't watch this one.

I've only heard limited things about this show, it seems interesting.

I'm glad I didn't live then! I haven't seen this series. I'm behind on so many wonderful series. I might not get to this one!