To Donald Trump and His Conservative Fans 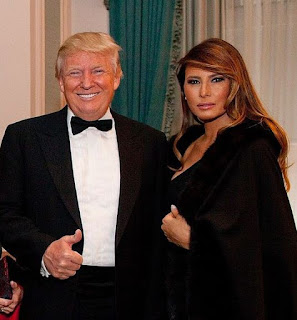 For the majority of Americans (literally but no thanks to the electoral college) we did not get who we voted for and the actual runner up ended up being the big man in Washington D.C. and the rest of the United States. The MAKE AMERICA GREAT AGAIN folks are calling for unity but would they honestly be saying that if Hillary Clinton was president now? They demonized her character so much that is was despicable and it wasn't even on truths but "what ifs". We had literal proof of Donald Trump making fun of a disabled reporter, him boasting about taking advantage of women, and rallying his fan base to hate on other Americans and immigrants because they're different. Here's what Trump needs to do before I'll give him respect because I can't stand for what the right-wingers advocate. 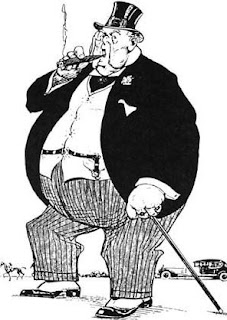 The Republican Party is the proud defender of the wealthy elite. Mainly because they are the wealthy elite, at least the ones who get elected to state and national office. In 1945 the tax rate on the top 1% was 94% and government regulations were a common thing. If they could survive this and flourish, don't expect me to feel sorry when Democrats ask for modest increases. Trump needs to actually to help the working class instead of playing them for a bunch of suckers. Wealth doesn't trickle down, supply-side economics don't work because the economy is driven by demand. I do think getting jobs back to the United States through tariffs is a good idea, but I don't trust Trump to do much about it. Most of his stuff was made in China or somewhere else in the 3rd world. He doesn't even practice what he preaches. Trump also needs to back away from the GOP's constant demands to turn our democracy into a theocracy. America is made up of more atheists, agnostics, Muslims, Buddhist, Jews, Hindus, and other folks than they care to admit. Religion doesn't belong on government property especially public schools. Nor does dogma need to influence legislation. People like Mike Pence think jailing women for having miscarriages (it happened under his leadership in Indiana) and denying basic rights to LGBT folks is doing "good" but it's not good. It's downright evil. It's very ironic how much the Republican National Platform has in common with Sharia Law. They don't question the policy just which religion is the top dog. 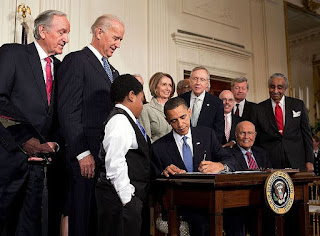 He also needs to insure that every American has health insurance. Now "Obamacare" wasn't the greatest idea, heck it was (more or less) the 90's Republican alternative to the proposed Clintoncare. Obamacare was made up of private insurance companies, not the government like Medicare and Medicaid is. It had decent ideas, but it wasn't even close to universal health care. Every 1st world country has it, but we don't in America because too many companies are making too much of your sickness. Taxpayers spend more on our Medicare and Medicaid than any other country in the world does on theirs, and most Americans never get to use these programs. Trump recently said that he'd make sure every American was going to have it. There were no details but as long as it's not parlor tricks I'm all for it. 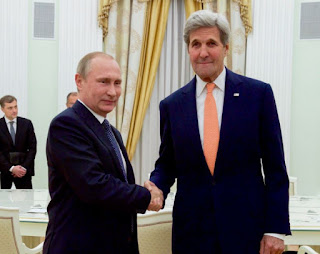 He also needs to do a total u-turn on his approach with Russia. When I was born, Russia was the big enemy but now Trump thinks Putin's Russia is just fine. Stealing Crimea from Ukraine is not just fine. Influencing our election is not just fine. There are plenty of reasons Russia has a pile of sanctions imposed against it by other nations. We can be diplomatic but we can't just roll out the red carpet. Having Rex Tillerson (who is a friend of Putin) is giant red flag for someone who is suppose to be the new Secretary of State. We are the greatest nation on Earth, we can't be Russia's puppet. 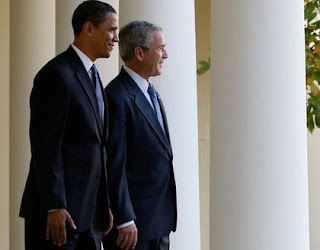 And lastly for Donald Trump, show some class. I didn't like George W. Bush but at least he didn't cry on social media when folks made fun of him. Also conservatives should expect no automatic respect to Trump after the horrible way they treated Obama, who was actually open for compromise and respected even the Americans who questioned his every move whether it was real or fictional. Doors swing both ways when it comes to calls for unity. George W. Bush's popularity soared after 9/11 but plunged when he lead us into two stupid wars and the greatest economic recession in America history. I'm not staying silent and walking off of a cliff blindly. If Trump wants respect, he'll have to earn it. Help as many Americans as possible, not just the 1% or the people who wear your goofy red hats.
Posted by Adam at 10:00 PM

We'll see if he actually shuts up and does something worthwhile, I have my doubts. Pretty pathetic the US is still the only one without healthcare for all. Everything comes back to the $$$$. War and Medical crap are the biggest money makers, and so it goes.

Hope springs eternal like the old saying says, but I'll be holding my breath for much of the next four years.

You've nailed it on this situation. People have been taken for suckers and only the very rich will benefit from this presidency.

You tell him, Adam!

You mentioned on my blog that his daughter seemed to be in support to people on both sides...
Thanks, Adam...I truly believe Pres. Trump will try with all he knows to work with both sides....the way it used to be and the way it SHOULD be...

Yes and then we'll see how those who thought he was
the "Messiah" for jobs re-act.
Good point mate.
Colin

It will be interesting next week when Theresa May, the UK Prime Minister
fronts up to the White House. She may give him a lesson in a few home truths. Interesting times ahead, indeed.
Anyhow the World has built up a wall to keep him in check. The Canadians and Mexicans have no worries except their proximity.
Thank God for the Pacific ocean, we in Australia are far away.
He certainly is a laughing stock here.....I actually feel sorry
for the US tourists here and the US tennis players at the first of the tennis grand slams are keeping "NUMB" on the subject of Trump.
Thankfully Texans and residents of the many Springfields of the USA
are sparse on the ground.
Colin

I still haven't gotten over the shock. I still can't accept it. With every newscast of another horrible thing he's done I just shake my head.