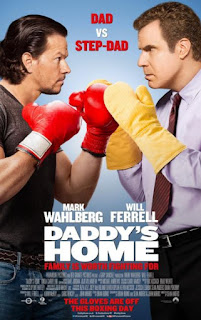 I can't remember the first time I heard about Daddy's Home with Will Ferrell and Mark Wahlberg. Both have been in wonderful movies, and Will Ferrell has certainly been in some duds too. It was certainly not a movie I would go see in theaters. Critics weren't too happy with this one I'm afraid with most being fairly negative about the film. Apparently regular folks were rather hit or miss on the movie as well.  But since it's barely over a year old (came out in late 2015) I figured I'd give it a chance. I could had been really surprised. It's rather difficult to be disappointed when \you don't expect much after all. 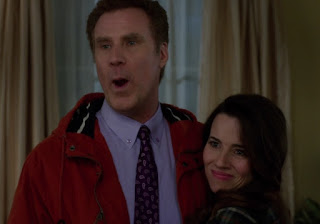 The story starts off with a regular joe named Brad Whitaker and his lovely wife Sara. Brad is step-father to Sara's young children Megan and Dylan. While Brad is almost the perfect example of a fantastic step-father, the gene difference is something the kids alienate him for despite his noble efforts to bond with them. The thing he hopes for most is to be called "dad" but usually gets insults and screams. Brad is pretty sure he can't have children of his own after a medical "accident". His wife Sara does want another baby but loves Brad enough for that to not matter at all. Just when the kids start to kind of like Brad, their biological father Dusty Mayron shows up out of nowhere and wants back in their lives. 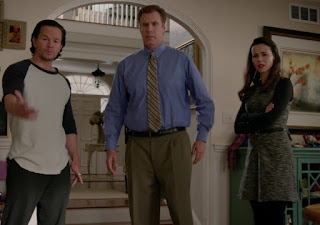 The Whitakers get very little time to prepare for Dusty. Since Dusty didn't exactly abandon his kids, Sara agrees that Dusty can't be excluded out of their children's lives. Dusty really doesn't like Brad and their personalities are dramatically different. Brad is caring, plain, and responsible. Dusty is cool, suave, and reckless. Dusty also knows how to pull Brad's strings as he tricks him into doing things that will make it likely for him to "usurp" the dad throne and "get his family back". Will Step-Dad and Real-Dad be able to put asides their differences, or will they wreck everything up for everyone in the family? 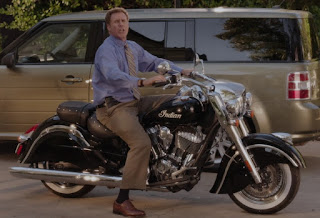 Overall I can say I liked the movie quite a bit. It's neither the best work for Will Ferrell or Mark Wahlberg but I thought it was enjoyable. For those who had forgotten, Mark Wahlberg and Will Ferrell also worked together in 2010's The Other Guys and this one is about on par with that. I hear a sequel is in the works, and I wouldn't see it in theaters but I might check it out eventually as time moves on. Also while family is a key element to the film's story, this one is not that "family-friendly" like the movie Elf.

Not much of a Will Ferrell fan.

Me too... not much of a Ferrell fan either.

i found this movie really funny, although I'm not a huge farrell fan either.

I forgot that I wanted to see this.

I'm not a huge fan of Will Ferrell. Or even Mark Wahlberg. I may or may not see this at home.