Fact of the Day: David Rizzio 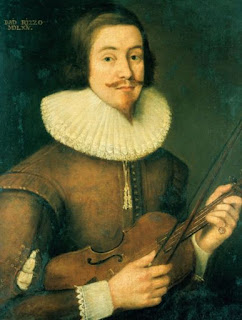 David Rizzio was the personal secretary to Mary, Queen of Scots. Queen Mary's second husband Lord Darnley (Henry Stuart) was quite jealous of him. Mary and Rizzio had a close friendship and there was rumors that he got Mary pregnant. Lord Darnley along with supporters asked for Rizzio to be handed over during a dinner while Queen Mary was heavily pregnant. The Queen refused but the men eventually got a hold of Rizzio soon after and stabbed him 56 times with Queen Mary as a witness.
Posted by Adam at 12:00 AM

Email ThisBlogThis!Share to TwitterShare to FacebookShare to Pinterest
Labels: fact of the day, Mary I Scotland, Scotland

How could they kill him when they couldn't know for sure!

Damn, jealousy sure can turn one nuts, or make them even more so

Oh my gosh! That's so sad:( Did they make a movie out of this? The plot sounds so familiar, but I guess this is almost the "norm" in European history.

Jealousy is a killer!

Yes, they were nutsy times and power was the goal. He was too close to mary to survive but 57 times is a bit excessive