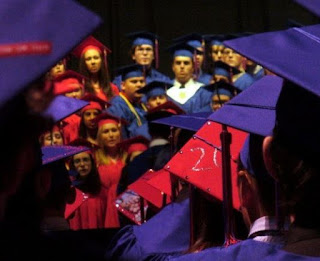 Unlike most males in the human species, I've never been a man interested in younger women. All the women I've been with romantically in my life have been around my age or somewhat older. My wife Daisy is about two years older than I am. I remember being in JROTC and there was a senior (when I was a junior) there named Tim. Right before Tim graduated in 2005 he mentioned that he got a girlfriend...in 9th grade. Once summer was over Tim would be (presumably) in college and his girlfriend in 10th grade. I'm sure she felt really cool around her friends, I looked at Tim like he was the next Michael Jackson, and not in musical talent.
Posted by Adam at 11:00 AM

He likes them young! He must have been studying the Charlie Chaplin school of dating

LOL, Adam! That is a huge difference when you are in high school---senior to freshman. You are on whole different levels. I am two years older than my hubby, too.

Yeah, you are rare!

To simplify things, I always was attracted to women who found ME attractive, regardless of their age.

I went to a Catholic elementary school and didn't know what a girl was until I was in High School. I just saw them as people who wore dresses and sat on the other side of the classroom. Innocence was good in a way!

I bet she did feel cool around her friends dating a college boy!

I'm a year older than my husband, but look younger than him. People used to ask him if he was robbing the cradle.

Surprised her mama would let her date someone that much older.