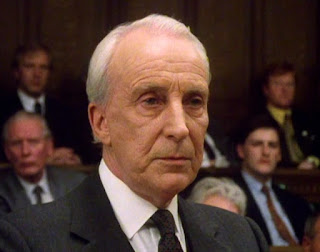 The Final Cut is essentially the last season of the original British series House of Cards. All three seasons are based on books written by Michael Dobbs who also helped (as an executive producer)  with the American version with Kevin Spacey. Like most later reigns of politicians, these are the last years for Francis Urquhart as British Prime Minister and they aren't very happy ones for him. The key issue is cementing a legacy, but will he be able to do it along with beating Margaret Thatcher's record of longest serving Post-WWII British Prime Minister? Francis Urquhart certainly thinks he can do it for his country...and himself. 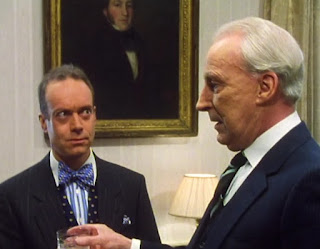 Following the events of To Play the King, the new King abdicated (after politically challenging Urquhart) and now his teenage son is the new British monarch. Their relationship is good as the new king is smart to stay out of politics. Since British Prime Ministers are really just the leader of the party with the most seats in parliament, the people Francis Urquhart are really up against are his own colleagues. He plays games to keep fear in the ranks, and to be three steps ahead of any Conservative who thinks they can be the next Prime Minister by simply having their party oust him out of his power. 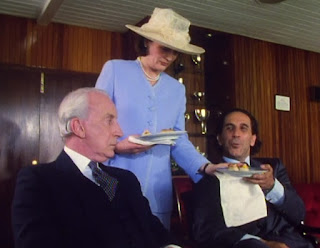 Francis Urquhart mainly deals with the international politics this time around. The main topic being the island nation of Cyprus. A insider from Cyprus tells Francis Urquhart about a new supply of oil that was recently found in a border zone, and attempts to sway Francis Urquhart to appoint a international judge to give drilling rights that will benefit both of them. Politically there is a lot of unrest in Cyprus. The British are backing the elected government but Greek nationals are not very happy with the President of Cyprus. Francis Urquhart wants to use the events to bring all of Great Britain to back him as leader. But will this be his great triumph or greatest blunder? 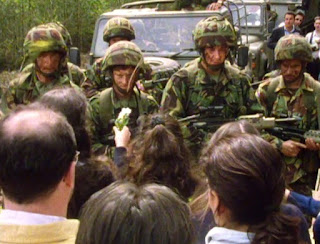 I will say that I liked The Final Cut a bit better than the last two incarnations. I liked how Francis Urquhart's murders finally caught up with him and you can see his own internal turmoil. I thought the events with Cyprus were far more interesting than I initially expected. I delayed watching the whole series (as I wanted to a few years back) because I thought it'd spoil the American ending of House of Cards when the final season comes. Now that I know how it ends, I kind of expect the American show to follow a similar suit. I read how it actually happens in the novel (which is a better ending I think) but either way if the American House of Cards shows does a similar plot-line, they'll have an incredible end.

Congratulations on your work, I love the photos!!kiss
💚💚💚

You remind me of how good this show was.