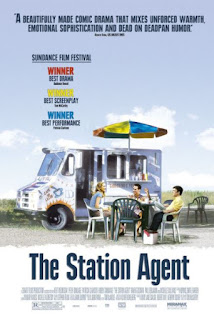 The film's main character is Finbar "Fin" McBride. Fin is a dwarf and because of his size (and the people who pick on him) he is very anti-social. He has a deep love of trains and works for his friend Henry Styles in a hobby shop that specializes in trains. However one day Henry dies out of the blue which causes the shop to close down. However Henry left Fin a piece of rural property in Newfoundland, New Jersey. It has a tiny "house" that used to be a train depot. So Fin moves there to make the best of things. But people that make fun of dwarfs are in all areas of the country so he tries hard to keep to himself. 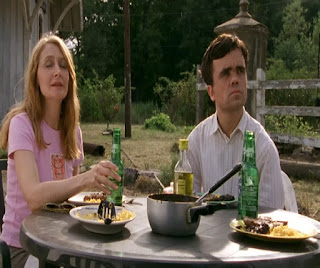 Fin is later befriended by two individuals. One is Olivia Harris who almost hits Fin with her car as he walked down the road. The other is Joe Oramas who operates a snack truck right outside Fin's new home. Olivia Harris is very sympathetic towards Fin. Joe Oramas is very friendly and tries to be Fin's new best friend and often fails miserably at it. All three of them have their own flaws, but will they find happiness in a community of almost nothing in rural New Jersey? 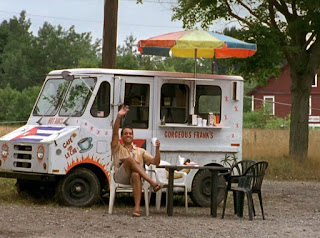 I can actually say I was more bored than intrigued by The Station Agent. While the movie shows the pain and angers of being a dwarf "hated" by dumb society, if you seen much of Peter Dinklage's work (including Tyrion Lannister) then it isn't a uncommon subject for his characters. While the characters of Joe and Olivia are interesting, I just wasn't wowed by it. I thought Olivia's story took rather strange twists, and I also didn't care for the librarian character Emily. While the movie did awesome with critics (but was absent at the Oscars) I just didn't dig it. The movie is rather depressing and sappy which don't engage me much as a viewer. And I thought the point of the film was semi-important at best.

Sounds you didn't enjoy it! Never heard about the movie, but saw this actor in a lot of movies!

I've never even heard of this movie. Peter has been around, man! Do you remember him in Elf? Short part but funny:D

Awesome film; I definitely enjoyed it.

Saw this years ago but I thought it was interesting. Not enough to see it twice though. Kind of a fan of indies.

Haven't heard of this movie but if Peter Dinklage is in it I should look it up.

I have not heard of this one. Thanks for sharing your thoughts- always nice to hear honest reviews. :)
~Jess

I actually have seen this movie and I agree with you! Coming over to say hi from Sandra's blog! Nice to meet you!