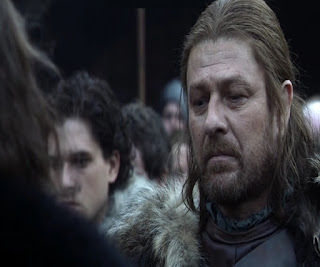 Even though he dies before the first season (and book) was technically over, Eddard Stark's legacy remains strong many seasons (and books) into the series not only for the characters that remain but as a fan-favorite character. At the time of the series start, he is the current Lord of Winterfell and Warden of the North. He accepts the title Hand of the King from his childhood friend King Robert Baratheon after the death of their mutual father-figure Jon Arryn. It was obvious that his eldest son Robb was named after Robert Baratheon, and Jon Snow was named after Jon Arryn. 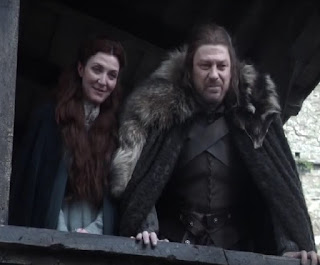 I think the reason why Ned Stark is so likable was his commitment to honor. He wasn't a drunk like Robert, nor did he care for politically stable moves like Jon Arryn's tenure as Hand of the King, and he certainly was a better ruler than most characters in the series when it came to his homeland in The North. Family obviously was very important to him for both his sons and daughters. 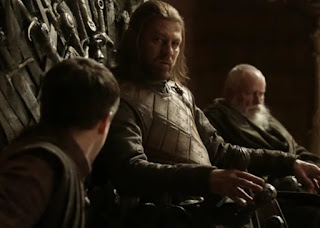 While the role of Hand of the King becomes less important later on (as Tywin Lannister was almost like semi-regent) his came at a critical time. The peaceful reign of House Baratheon was under threat, but there wasn't a clear answer of by who. 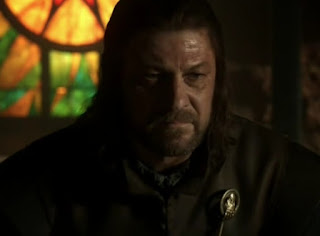 Ned Stark was not the perfect choice for Hand when it came to the wishes of King Robert however. He often over-stepped his boundaries and tried to resign after learning about the planned assassination (which failed) of Daenerys Targaryen. While Ned Stark showed he wanted no part in the deaths of children (he was very upset back during the war over the deaths of Rhaegar's children), this was initially given as a reason why he wanted to protect Daenerys as he saw her as an innocent child. However she is also the aunt of his nephew/adopted son Jon Snow, which makes more sense in retrospect. 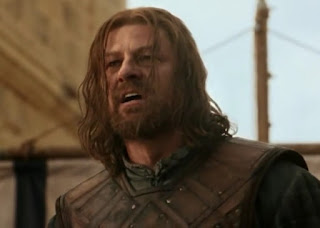 The irony of Ned Stark's death was that he initially wanted to protect Joffrey, Myrcella, and Tommen from being murdered on the orders of King Robert Baratheon. When Joffrey became King, he did not extend the same mercy for Lord Eddard however. Which led to a huge rebellion and wars that still aren't over. 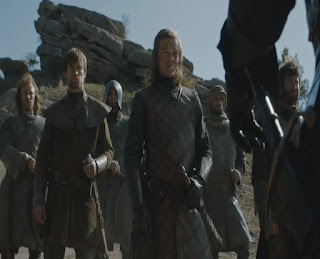 I liked the flashback of his younger days in the last season. Even though he had to be played by a younger actor, the character is still much the same. He certainly was the best brother and uncle in the history of fiction.
Posted by Adam at 11:00 AM

Yeah, that's true, he plays a big role in the series even though he is not around for lots of episodes.

One of my fave characters too.

I remember being shocked when Ned was killed. After the Red Wedding nothing shocked me anymore.

He was one of my favourite characters. I was so surprised (and upset) when he died!