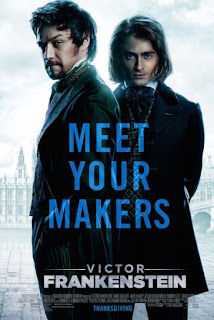 Whether it's the actual Mary Shelley 1818 Frankenstein novel or the 1931 Universal Frankenstein movie, the whole Dr. Frankenstein and his monster have made a huge impact on popular culture from the 19th century to today.  While there have been a lot of Frankenstein movies since I was born, I can only really think of the 1994 one with Kenneth Branagh and Robert De Niro off the top of my head. I heard the newer Victor Frankenstein was rather dull, but I kind of wanted to see it. Mainly because of the movie's main stars James McAvoy and Daniel Radcliffe. James McAvoy is a really talented actor, and I thought it'd be interesting to see Daniel Radcliffe in a movie that isn't part of the Harry Potter series. Critics and regular folks seemed to dislike the movie with a passion, were they right or were they wrong? 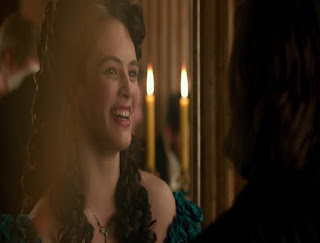 The film begins with the focus on a local English circus. A young acrobat named Lorelei peforms a stunt and falls and drastically injures herself. A nameless hunchback comes to her aid along with a doctor who happened to be there. The doctor is surprised on how much medical knowledge the hunchback has as his brilliant idea helped Lorelei breath again. Lorelei is sent to a hospital where she recovers and starts a new life for herself. The hunchback is freed by Doctor Victor Frankenstein from an oppressive ring of circus owners. He takes him back to his laboratory, and the hunchback wasn't really a hunchback at all. A medical issue (which is quickly resolved) had been the cause, and Victor Frankenstein gives him a new "life" of sorts. 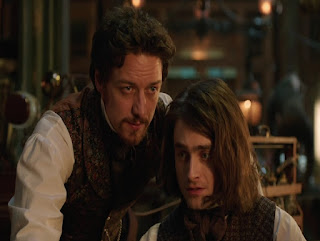 The hunchback takes the name Igor Straussman, and becomes Victor Frankenstein's assistant. In his free time, Igor tries to reunite with Lorelei as he loved her secretly during his tenure in the circus. However he won't have much time for courtship. Victor Frankenstein is very serious about bringing life to "non-life" using the remains of previously deceased organisms. It seems to be the only thing he thinks or cares about. While Igor is grateful to Victor Frankenstein, he isn't nearly as excited about these new scientific experiments. He even starts to worry when they go horribly wrong.  Instead of making miracles, they end up making monsters. 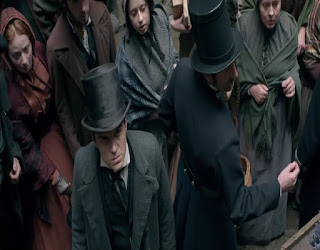 I will say with confidence that Victor Frankenstein is one of the worst films I've seen in quite some time. Some bad movies are dull and boring, but this one is crazy, silly, and boring. It seems fairly cool at first with a notable cast, and it has great production values but the film quickly falls into the realm of WTF. Even though James McAvoy tries his best to give his character a powerful performance, he probably should had read the script before signing up for this mess. The movie is almost like someone watched all previous Frankenstein movies while drunk and wrote their own version while hungover. I feel a bit of pity for Daniel Radcliffe as he certainly needs roles to distance himself from just being "Harry Potter" and this movie did nothing for him.

Oh dear, then I better not watch it!

It isn't a subject that interests me beyond the films I saw as a kid.

Rats! I was going to watch this one because I'm a James McAvoy fan. I like your phrase "the realm of WTF."

I like to watch horror and thrillers but I'll stay away from this one. Thanks for the post.