Fact of the Day: Golden Raspberries 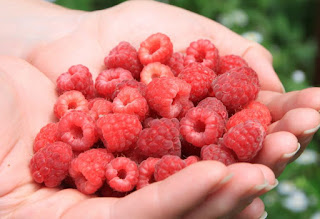 While most award shows give out awards for the best in the industry, the Golden Raspberry Awards (started in 1981) gives out awards to the worst in the industry. While most actors would see it as an insult, some actors have arrived in person to pick up their awards with notables such as Bill Cosby, Tom Green, Halle Berry, and a few others. Sandra Bullock picked up hers for her work in All About Steve. The next night she won the Oscar for her work in The Blind Slide.
Posted by Adam at 12:00 AM

haha just have to own it

LOL- That is funny about Sandra Bullock. Have a great Sunday, Adam.

Just take it as it comes, I guess.

Ahaha omg I saw the picture and I thought this post was really about raspberries! I was so confuse reading it omg ;)

I love that idea, and kudos to those going there in person!

Some people are better sports than others!

I remember Sandra Bullock winning these two awards so closely together.

Haha. You fooled me, Adam. I thought this was going to be about the golden raspberry fruit. Kudos to Bullock! And how nice to get the Oscar the next night!