Fact of the Day: Snape Actors 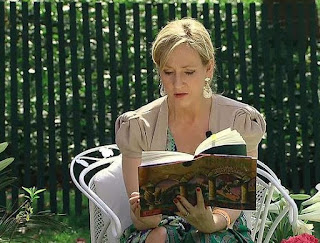 While most fans of J.K. Rowling's Harry Potter books adored Alan Rickman as Severus Snape in the movie version, he was not the first choice for the role. It was offered to Tim Roth, who declined the role to play the villainous General Thade in 2001's Planet of the Apes movie.
Posted by Adam at 12:00 AM

I think Alan Rickman was the best man for the job. Glad Tim Roth passed.

No one could have done better in that role than Alan Rickman. I like Tim Roth, but . . . nooooooooooo.

There is always a reason and this is why he passed...so Rickman would take on the role:)

I think Alan Rickman played the part so well. Not sure anyone else would have been as good as he was.

Rickman was sure the right pick

Alan Rickman was the perfect choice.

I loved Alan Rickman as an actor, and he was the perfect Snape!