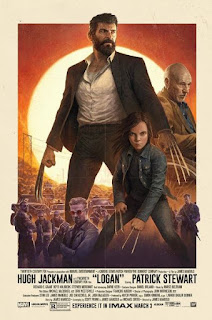 Now when I first heard of Logan, I was certainly interested but at about the same level of excitement as most X-Men movies. It's loosely based (mainly because Fox doesn't have the rights to many Marvel characters in the story) on the comic series Old Man Logan from 2008. It's set in a bleak future where mutants are rare and Wolverine is at the end of his life-span. Hugh Jackman has intended this to be his final role as Wolverine and even took a salary cut to convince Fox to make this one Rated R instead of the typical superhero PG-13 rating. Since comic books were once considered to be things only for basement dwelling nerds, some actors in superhero movies never even heard of the comics before taking the roles. However Hugh Jackman obviously loved playing Wolverine,  and he certainly wanted his last role as the iconic X-Men member be something legendary. Did Logan meet the hype or did it fall to the level of X-Men 3? 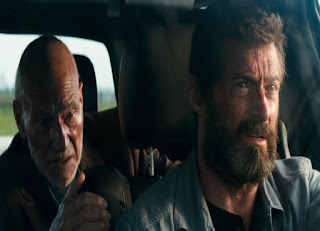 Since the X-Men movie time-line is so screwed up, it's not really suprsingly they went for this story that is set many years after the last films and with the assumed deaths of the majority of X-Men and other mutants. The year is 2029, and Logan works as a limo-driver, but he is secretly keeping Charles Xavier alive. However Professor X is not well (and extremely old) and suffers from moments that paralyze anyone (including powerful mutants) in a large area around him due to his power psychic powers going randomly out of control. Logan uses medicine and care to prevent these events but slips do occur. However Charles Xavier doesn't like his mediciation and is very bitter once his marbles fall back into place. Logan thinks most of what Xavier hears (in his mind) is crazy as Xavier mentions speaking to a young new mutant but mutants suddenly stopped being born many years before. 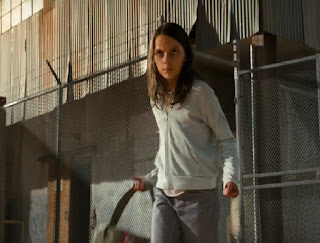 Charles Xavier was right and the new mutant is a young half-Mexican girl named Laura. Wolverine meets her mother Gabriella who begs for Wolverine's help to which she is initially refused. Bad men are after the pair and Logan eventually agrees. However a man named Donald Pierce who is semi-cyborg asks for Logan's "help" but he is really after Laura because her very unique and powerful mutant powers. Logan picks the side of good and agrees to shield Laura, but it will be a struggle. As the days goes on, Wolverine is getting older and sicker. And even his mutant healing factor is wearing off and is a mere shell of what it used to be. With powerful forces following them, will Wolverine, Charles Xavier, and Laura be able to flee to safety? 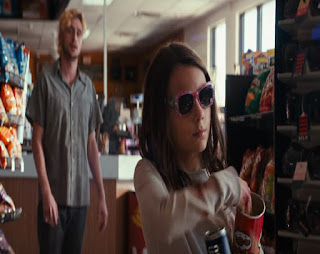 I have to say Logan did not disappoint, and we couldn't ask for a much better end for Hugh Jackman as Wolverine.  The movie doesn't really rely on CGI, or mindless action scenes that often plague the worst of the X-Men films. It focuses more on Logan's mortality, and a lot of development for many of the characters. There are actions scenes, and they were mostly epic and better than any others because they don't hold back thanks to the R-rating. Laura/X-23 is new to the X-Men film series, but I loved her in this movie. Logan is doing really well with critics and fans alike. I only encountered one person (a co-worker) who hated the film, but he's a weird dude so I'm guessing that's why. It may run a little long at almost 2.5 hours but I would dare to say that this may be the best film in the whole series to date.

I am super stoked to see this movie. Although I'm not a super huge Marvel fan, I do like the XMen movies. Good to know this one's great!

Yeah, I can't wait to see this movie! Love Wolverine, love Hugh Jackman! Just have to wait for a month or so until the crowds die down. I hate sitting in a packed theatre.

I've been looking forward to this one for a while now.

One of our sons recently went to see this, he said it was brilliant.

I've yet to check out this franchise, although I've heard good things.

I take it Magneto is dead? I have heard nothing but good things about this and I not only love Hugh Jackman but always loved Patrick Stewart

I love Hugh Jackman, but I hear this is really a violent movie so I'm going to take a pass for now...