Question: Could Joe Biden Had Defeated Trump in 2016? 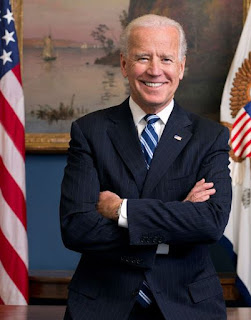 With the two most unpopular candidates maybe ever, the 2016 Presidential Election produced a "winner" who got millions of votes less than the other candidate. Joe Biden recently said if he had ran (and gotten the nomination) he would have defeated Donald Trump in the general election. I would say that would most likely be true. Hillary Clinton has been demonized since the 1990's, so it didn't matter what was true, public opinion had turned against her for at least 40 something percent of the country. Joe Biden would have never had the power and energy of the Obama 2008 campaign, but Hillary Clinton was probably the only candidate Trump could have lost to. The irony is that the DNC worked against Bernie Sanders because they thought he wasn't "electable". If it wasn't for Debbie Wasserman Schultz, Bernie Sanders would be president.

I really do think he could have won. If only the situation would have been different.

I really like Joe but I think Trump would have used his wholesomeness against him. Biden had many opportunities to run and wasn't able to launch a successful presidential campaign.

Joe Biden was a very loyal deputy (VP) to President Obama
and was well liked by the International Community.
On overseas visits as the representative he was very well received and was briefed by the State Department very well.
I cannot recall any problems that a Biden visit to a foreign country
caused. He certainly did not do a Dick Chenney stunt on his visits to Australia.
VP Chenney must have been the worst ambassador that the USA ever was evolved with.........a total disaster. Time will tell with VP Pense!!!!
Yes I do believe that he would have defeated Turnip Top who no country wants any visit from........I think Theresa May (UK) will have to do a back flip of the greatest with her ill-advised invitation.
Colin

I'm not sure. The Democrats that I personally know actually think he's worse than Trump. I know most of us here in Indiana really dislike him, so I am not sure he would have received the vote in this state.

That would certainly have been interesting.

Really?
Wasn't Mike Pense the useless Governor of Indiana?
I would have thought that would make a surge of Indiana
sensible voters to vote for anyone but the Trump/Pense team!
Colin

Where did you find Democrats who thinks Trump is better than Biden? 1895?

He absolutely was the worthless governor here in Indiana. Pissed off a lot of women by trying to control our reproductive rights. Feel free to poke around on social media- Twitter, Facebook, Instagram for these comments from Democrats about thinking Pence is worse than Trump. A few simple keywords should take you right to these comments. Take them as FACTS if you wish, I never stated they were. Just stated what I have personally HEARD from my Democratic friends and have read from every day Joes commenting on social media.

Thanks Theresa for your reply but I put NO faith in any Twitterer or Facebook peanut brain........sensationalists or idiots who like seeing their names.
Colin

I like Joe Biden a lot. I have a lot of respect for him. Personally I don't think Sanders would have made a good president. He's too far left.