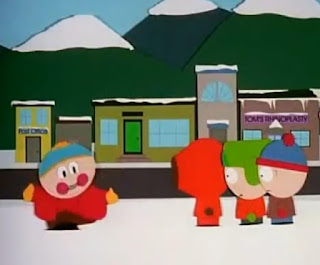 Now in who knows what season today, South Park made a big splash in popular culture in the semi-late 1990's. While on first look, South Park seems like a kid-friendly show, it's anything from it. My wife I started watching it again, and the adventures of Stan, Kyle, Kenny, and Cartman are some of the craziest things. And while the boys are in elementary school, they talk like sailors. 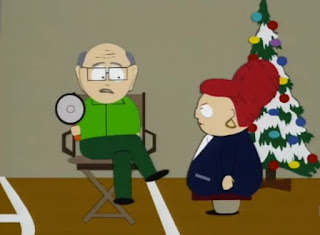 The grown-ups of South Park aren't much better. To be honest, Mr. Garrison shouldn't have been a school teacher for more than an hour. When you see the first season, you remember how much of a staple his puppet Mr. Hat was. 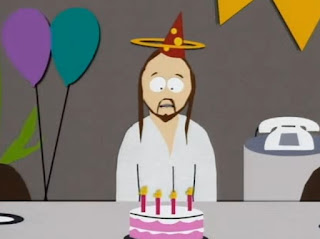 Even in its first season, they were very keen to make parodies of religious figures (like Jesus and Satan) and other celebrities. Some of the first "drawings" for such characters range from good to "umm..." as like there's Patrick Duffy who I remember as the dad from Step by Step. The show had to tell me it was Patrick Duffy. Funny enough most of these celebrity parodies in the original season are people who faded from the spotlight. 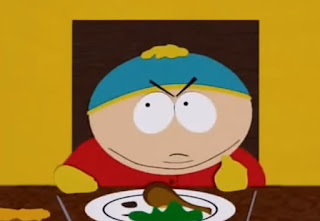 The season is quite short, but ends on the question of Eric Cartman's paternity. And leaves on a huge cliffhanger. The funny thing is that the first episode of season two was a April fools joke and fans had to wait even longer.
Posted by Adam at 12:00 PM

I actually have never watched South Park, so many of my friends watched it but I just never had the desire.

I used to watch the early seasons of South Park -- hilarious! Have gotten away from it in recent years though.

My son took me to see the South Park movie when it came out. I laughed my ass off.

We used to watch this one all the time. Such a funny show but definitely not for kids!