Fact of the Day: Maginot Line 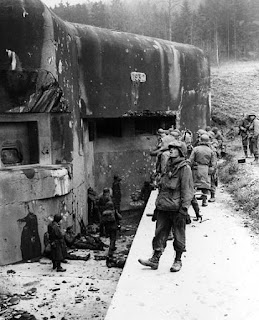 The Maginot Line was a series of fortifications and other defensive barriers along France's eastern border. It was built after World War I to deter another German invasion. To avoid causing conflict, the line did not extend to Belgium. When the Germans invaded Belgium and conquered France in early World War II, the Maginot Line proved to be rather useless.
Posted by Adam at 12:00 AM

Email ThisBlogThis!Share to TwitterShare to FacebookShare to Pinterest
Labels: Belgium, fact of the day, france, germany

A wall is useless if someone can just go around it. Hmmmm.

All that work for nadda

Should have been named the Imaginary Line. Sad history.

That is pretty interesting, Adam. Another thing I would have never known without seeing it here!

It's become synonymous with something that just doesn't work.

Yes it was a bit of a disaster military wise.
Why worry about a wall when you can go around it?

Take note "Turnip Top" - ha ha.
According to the news here, "Turnip Top" is a bit upset with those
pesky people on the northern border........another wall???????
Justin !!! What have you done?
Colin

This was hopeless and, in this case, wish it would have worked. No wall ever works

I hate war! I sure hope we don't stumble into one.