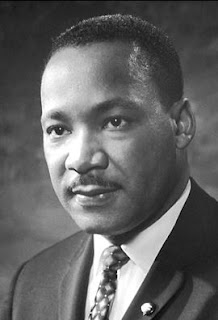 Some members of the Republican Party claim that Martin Luther King Jr. was a Republican when he was still alive, but this claim is false. Officially Martin Luther King Jr. was politically independent and rarely made even informal endorsements of political candidates. Before 1964 while political differences were crystal clear between Republicans and Democrats in the Northeast and West coast, in the American South (where MLK was from) the Democratic Party was the de facto party for both conservatives, moderates, and liberals as the Republican party didn't really exist on the state or local level. After the 1964 Civil Rights Act, conservative Democrats became Repulicans like Storm Thurmond and Jesse Helms and they urged their colleagues to switch party affiliation which slowly morphed and finalized around the mid 1990's.

In his own words MLK said

"Actually, the Negro has been betrayed by both the Republican and the Democratic party. The Democrats have betrayed him by capitulating to the whims and caprices of the Southern Dixiecrats. The Republicans have betrayed him by capitulating to the blatant hypocrisy of reactionary right wing northern Republicans. And this coalition of southern Dixiecrats and right wing reactionary northern Republicans defeats every bill and every move towards liberal legislation in the area of civil rights"
Posted by Adam at 12:00 AM

Email ThisBlogThis!Share to TwitterShare to FacebookShare to Pinterest
Labels: democrat, fact of the day, MLK, republican

Don't listen to them.

Awesome my dear
Come to visit my blog
Kisses

Politicians are all about themselves in the end

Nice to read the truth about this subject.

Interesting! Never thought about this before.

I admired King greatly and still remember the time and place I heard of his assignation. I also remember that I wasn't surprised. There was a feeling certainly among the people I knew in Nova Scotia, that it was a matter of time before he would be killed. Such a terrible price a man of nonviolence paid to bring about change. He was surely a hero to me.