Fact of the Day: Prince Beast 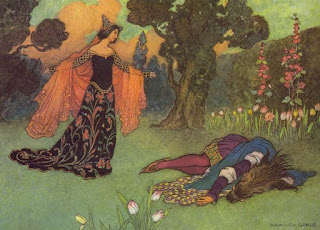 While the most famous version of Beauty and the Beast isn't drastically different from the Disney versions, in the original story by Gabrielle-Suzanne Barbot de Villeneuve there are differences. Instead of The Prince being turned into a beast for being a terrible host/person, he was turned into a monster after an evil fairy tried to seduce him and was rejected.
Posted by Adam at 12:45 AM

That... I did not know. Do you reckon the same thing happened to all of my neighbors?

I didn't know about that fact at all, Adam. I love how you dig these things up for us.

I didn't know this was the original version! I think I like it even more than the Prince being mean.

I knew the story didn't originate with Disney.

Interesting, I didn't know this version.

This is one that I did know and I like the old version.

I've read the 1st version and it's definitely interesting.

First time I hear of this version. Interesting