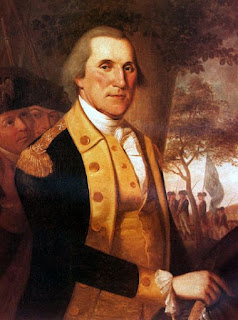 One of my supervisors Christian is a history major along with a degree in political science. He's a proud Republican, so I was tempted to question his knowledge of history. He got most of my questions wrong, including which political party did George Washington belong to? It's a trick question, Washington was officially independent however he was more sympathetic to the Federalist party which was more of the left-wing party of the day. He said "no he was a Whig" and if you know anything about early American history is that the Whigs were not always around. The Federalist Party dissolved and the National Republican Party was its spiritual successor. The National Republicans then became The Whigs awhile later. 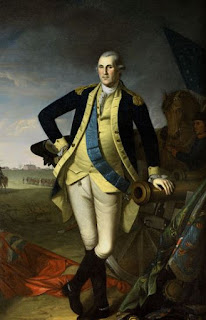 The Whigs were founded in 1835, Washington died in 1799 which makes it hard for him to be a Whig since he was long since dead. Christian wouldn't accept it of course. These days Republicans are so sure they are right, if it ain't the truth then it's an "alternate fact". Which is rather stupid since we are talking about 18th century history, not modern day politics. If you know me well, if you want to talk about history, current events, science, and other things you better know your stuff.
Posted by Adam at 12:00 PM

I didn't know any of that.

Actually, Washington was adamantly against political parties and believed America would be better off without them. He was probably right.

Some people refuse to accept something is true if it's not the way they want it to be. Doesn't matter how much information you put forward.

Some good a history degree did for Christian!

Am I surprised Adam???
No.
Some people just will not accept historical facts.
As for this bloke's degree, I'd say it isn't worth a
"Pinch of Shit".
Tell him to get some good old common sense and good luck,
mate, with that advice.

Just as a footnote: Turnip Top has not appointed
or nominated an Ambassador yet to Australia???
Obama's last one was great but with the inauguration
of Turnip Top and Co. US ambassadors ALL have to resign.
Some do get reappointed if they are highly successful
and of course all Ambassadors HAVE TO BE ACCEPTED by the
host country........could prove interesting with many countries.
Cheers
Colin