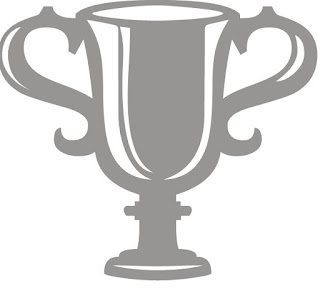 March did seem like a very long month for me personally, I'm not sure why. I watched a lot of movies, and barely any TV. No video games even though I tried to get a Nintendo Switch, but all places don't have them in stock. 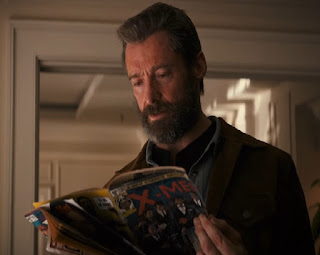 Being the last movie for Hugh Jackman as Wolverine (except maybe a cameo in Deadpool 2) it certainly was a good one. It's rated R and is quite unlike many other superhero films. This one focuses on very few mutants, so there's a lot of room for character growth and whatnot. It will most likely be one of my favorite films of the year. 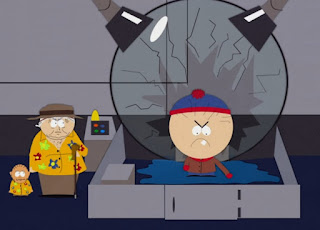 I introduced my wife formally to South Park last month as she had only known and seen little of it since it came out in the 1990's. It was fun to re-watch the whole first season again. While I kind of lost track of the current seasons, there's a reason why the show is still alive today. It's just so out-there and funny. And because of it's rowdy plots, it was one of the few cartoons of its kind.
Posted by Adam at 12:00 PM

I saw logan and I loved it! amazing movie!

Haven't watched South Park in a while. Mrs. C. isn't a fan.

Logan was well made, but the ending depressed me. Now, where's that drink you promised me?

Logan was a good one indeed

Oh I really want watch Logan!
Thanks for share your favs

I'm really out of it, Adam. I haven't seen Logan or South Park! I hope that you and Daisy are enjoying your weekend!

I always liked South Park back in the 90's. Haven't seen it in quite a few years though.