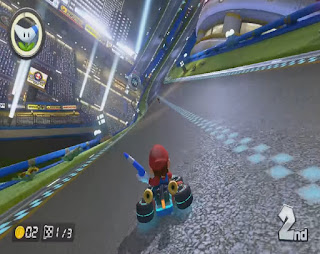 Nintendo has had good and bad years, but I will say with confidence that the WiiU was its weakest system. Without a true 3D Mario adventure or an exclusive 3D Zelda game, the library wasn't the greatest. Even though I had one for years, I played an awfully small amount of WiiU games. Even Mario Kart 8 wasn't nearly as good as the series usually was. So what five games were the best for me?

5. Kirby and the Rainbow Curse 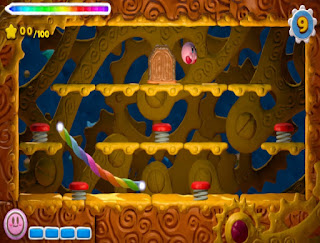 Kirby and the Rainbow Curse was a sequel to the DS original Kirby: Canvas Curse. Not quite as inventive or well designed as the DS game, I still liked it quite a bit. I had to use my 3DS' stylus to control the game properly though. It really should have been on 3DS to be perfectly honest. I've always had a soft spot for Kirby and his WiiU adventure was pretty good. 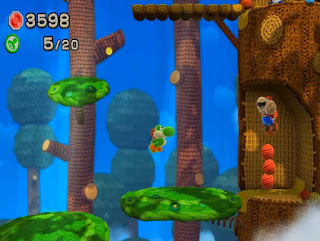 The Yoshi Island series has been rather hit or miss. The original was almost perfect, the N64 Yoshi's Story was awful, Yoshi's Island DS was pretty good, and Yoshi's New Island for 3DS was forgettable. The WiiU game introduces a yarn-like graphic style and it works pretty well. Doesn't hold a candle to the SNES original game, but I can't complain too much about this one. 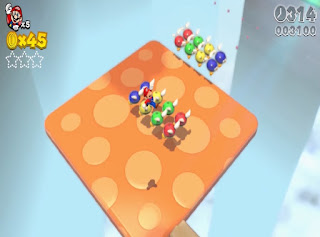 Super Mario 3D World was a sequel to Super Mario 3D Land on 3DS. I thought the 3DS game was really neat and while this one doesn't innovative like the first, it's still a pretty good adventure. I rarely ever get to play multiplayer games offline, but I had a few good hours with my brother when I brought it over to his house. It has a pretty cool four player mode. 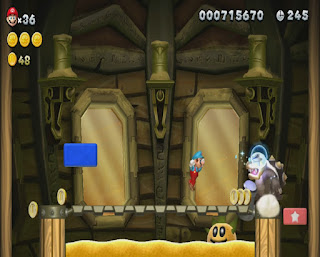 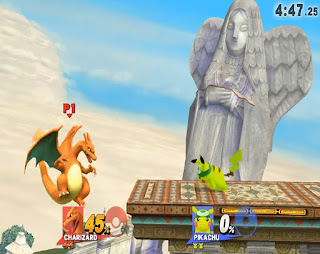 While it still bugs me they didn't give this one a real subtitle, I really enjoyed the newest Super Smash Bros. game which also came out for 3DS under cel-shaded graphics though. The series is well known for a huge cast of characters and it was shocking how many of them there were. Especially as even more came along via DLC. I thought the single player mode was the worst of the series, but the online game-play worked far better than Brawl and the physics were a bit better too. Melee will always be my favorite.
Posted by Adam at 12:00 PM