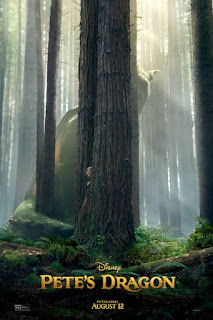 I can't recall if I ever remember hearing about Pete's Dragon last year. It came out around my birthday and that's certainly not a movie I would chosen as first pick unless there was a big drought in the movies. It's part of Disney's chain of live-action remakes based on earlier works. 1977's Pete's Dragon was a hybrid of the two, so it wasn't a pure cartoon. I also don't ever recall seeing it even though it came out about a decade before I was even born. I wouldn't suspect it would be one of Disney's best movies ever. Apparently it didn't do too awesome with critics back in the day, I hear they made the dragon turn invisible so they didn't have to bother animating him the whole time. It's a trait we see in this remake, but it's brief and makes sense to the plot. 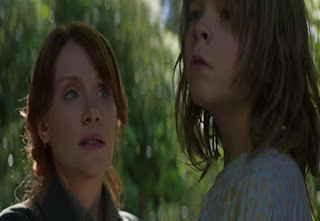 The story starts off with a very young boy named Pete who was orphaned after the car his parents were driving flips over. Elliot escapes from the car ride fairly unhurt, but he is left alone in the middle of the woods. After almost being eaten by beasts in the forest, a large green dragon comes out of nowhere and befriends the young child. Several years pass and Pete has grown tougher and feral. A young girl named Natalie sees Pete and this causes people from the city to find Pete and take him to the hospital. Natalie's father Jack is dating a park ranger named Grace Meacham who pities young Pete and offers him a bit of foster care until they can decide what to do with Pete. All Pete wants to do is return "home" and see the dragon he named Elliot. 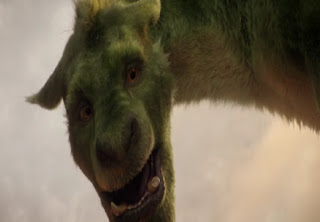 Elliot notices Pete going missing, and he tracks him down through scent. The dragon realizes that Pete may return to the "human world" and leave him alone. However Pete tells everyone about his dragon friend and Grace's father Mr. Meacham believes his story as the dragon is just like the one he saw as a young man. However a large dragon that can breath fire is not exactly something normal people can handle without fear and paranoia. Will Pete and Elliot reunite peacefully or will the horrible nature of mankind separate the two and possibly injure a creature that everyone believes to be just pure myth? 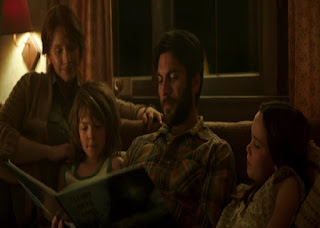 I'd say Pete's Dragon is about what I had expected. I never truly saw the original so I can't really compare them but the remake did good with critics and fair at the box office. Even though the dragon Elliot was dumbly drawn in the original, I don't really like his design here too much in the whole 3D CGI treatment though I do like the character of the dragon. I also have a crush on Bryce Dallas Howard and while she hasn't had many notable roles as of yet, I enjoyed her in this film. The story does have some flaws but it's moderately enjoyable, but certainly weak compared to something like 2015's Cinderella.

My grandkids enjoyed it enough...one well enough to watch it a second time with her cousins. I never saw the original either.

I probably would have taken our son to see this when he was small.

I'm not sure I want to see this movie...it doesn't sound all that great

I've been curious about this movie. I might watch it at some point.

Both five year old grandkids and 10 old grandkids liked it and want to watch it again. I saw the original with my sons years ago and recall it as just okay. A"B" rating sounds good as I found it tolerable twice in one week.