Question: Are You Upset Over the United Airlines Incident? 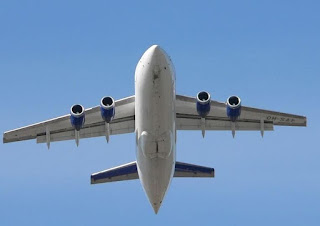 Most people have heard by now of when United Airlines overbooked on one flight and tried to force a guy to leave his seat. Guy happened to be a doctor who needed to get back to work. Instead the police came and beat and dragged him out of the plane. There is a video and you can tell many of the passengers were deeply disturbed by what had happened and some of them did walk out afterwards on their own free will. What disturbs me most is this was a clear abuse of corporate and police power and we shouldn't tolerate that kind of violence from those two areas. This whole thing could had been avoided if they simply had asked for volunteers. Airlines typically compensate for having to do so, and out of plane with 70 folks, there had to been one person willing to take it.

How do you feel about the United Airlines event?
Posted by Adam at 12:00 PM

Outraged. And not sure how to address it. Feels like the country is owned by corporations and many of us are seen as disposable serfs.

The force taken on him was so unnecessary. Hope they get their arse sued off.

They DID ask for volunteers and offered $800 to anyone willing to give up their seat, but there wasn't another flight leaving until the next day for passengers accepting, which none did. Sure, the airlines has it written somewhere that they can bump passengers, but NOT after they've been seated on the plane. This is going to cost the airlines millions. They should have just increased that $800 until people accepted. I can be bought, but not for only a few hundred bucks if I have to spend the night in a hotel.

They ask for volunteers but even the $800 they offered to people didn't get anyone to raise their hands. So they randomly picked 4 people and told them they had to get off the plane. Th other 3 left but this guy is a doctor and said he had patients to see and when he didn't get off they forced him off. In the process they broke his nose and gave him a concussion. I haven't flown in over 10 years, and I won't ever fly again until passengers aren't treated like dirt.

It is shocking and shameful.

About time airlines treat folks like humans - but that is precisely what they get us to pay EXTRA for in 1st class!

Disgraceful behavior that was. No one should be treated like that man was and I agree with you.

While we're at it, could they put the seats much further apart!

They couldn't have handled it more badly if they tried. It's going to cost them millions in stocks dropping, the lawsuit that will undoubtedly be launched and in the excessive marketing to try and reconstruct their shattered reputation.

Everything Stephen said. I get that they can bump passengers. It sucks, but it happens. However, it should have been done BEFORE the passengers boarded the plane.

Totally disgusting. I can't believe this is the world I live in!

I was horrified by the United incident, and the more I learned about it, the more horrified I was. I think the flying public is really tied of being worked over by the airlines. United should have bumped passengers before they were seated on the plane (with proper compensation). I hope United pays big time, because no one should be treated like that. You don't expect to see that flying on an American plane!