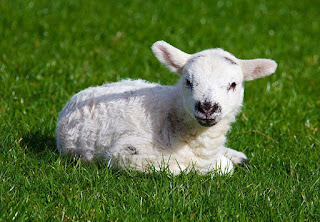 Major news in science broke out when they successfully created an artificial womb with the test subject being a baby lamb. Theoretically, they should be able to do the same with premature human babies once they perfect the process. From what I understand, the lamb did not grow at first in the womb but was transferred over later. I saw a few comments on news stories from people who thought this was "playing God" but to be honest if you think about it, almost anything that requires a doctor's help is "playing God". The sect of Christian scientists (the word science in the same being used incorrectly) believe that all illnesses are psychosomatic and anything can be cured by prayer alone. Prayer does nothing, and many children whose parents belong to this sub-religion die A LOT. Vaccines, antibiotics, and surgeries have saved billions of lives, and we need more science in this world.

What do you think of the artificial womb?
Posted by Adam at 12:00 PM

Science sure is making a lot of interesting discoveries.

The artificial womb seems like a good advance to me.

I saw this today and I think it's amazing. Imagine if this could be used on premies, it would be life changing.

I think it's a useful tool for folks struggling bto have children and can't otherwise do so, but it does open a can of ethical worms when you consider how this could be used in terrible ways.

It's an amazing break through isn't it?

that's a good news...
yes, we really need science in this world, but we should also have faith in God.

I think this is really good. It'll be very beneficial to premature babies.

A fine advancement indeed, even though I'm sure it will cost an arm and a leg lol and yeah, pffffft to those who think prayer is the only cure all. So stupid.

Science is so amazing! I can't wait to see how this is going to help save preemie babies in the future.