Question: Dining With The Opposite Gender Alone? 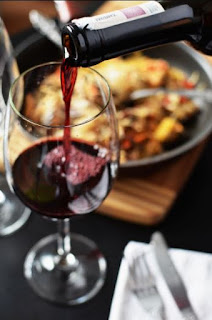 Anyone who knows me well knows I don't like Donald Trump or his Vice President Mike Pence. Vice President Pence is a super-religious wacko and often claims the whole faith and morality thing. People made fun of him for saying he doesn't dine alone with women so he won't be tempted to cheat on his wife. But to be honest, I kind of understand that but I'm more a realist. If you're a woman who's remotely attractive, and I have dinner alone with you, friendship ain't what I'm looking for. That's never happened outside of committed dating for me, but I would have no reason to take a attractive woman out for dinner for any other reason. There's no need to fight off feelings if you never intend to start that.

One of my co-workers Aimee gets hit on a lot, and her boyfriend Keith (who was also a co-worker) broke up with her because she had dinner alone with another guy. Some people thinks that's A-okay, but I don't exactly blame Keith. Women are more gullible to believe men and women can stay "friends", and while there are exceptions, most men have the wrong intentions more often than not.

Would you have dinner alone with someone else outside your partner/spouse?
Posted by Adam at 12:00 PM

Ken and I have been together for 26 years. As long as we ask each other if the other doesn't mind if we got out with a friend, there's no problem with us doing it. We both trust each other. I've gone out with a few friends from FB when they came into town and one was a guy. We went out to eat and Ken was fine with it. Ken has gone out to eat with a female friend when he helped her move into her new apartment and she took him out for dinner afterwards. I was fine with that. I think as long as there is trust and there's no doing it behind someone's back, it's fine.

I believe in friendship betwen men and women and had no idea why around half of the world don't belive.

Over the years, I have frequently had lunch, dinner or coffee alone with lesbian friends who are not My Rare One. I have never been tempted to cheat because of it. Unlike men, I guess women are able to control themselves more easily. What Pence is really saying is that he has no control or morals whatsoever and would give into temptation easily if it came along. Poor weak men!

I have gone out with another man for dinner but told my hubby beforehand. The man in question I know Through work and he owed me a dinner since I won the Dancing With The Stars pool between him and me:) I think women have a pretty keen sense when a man likes her for more than just a dinner. There are certain subtle hints that we can pick up on so if a woman goes out with a man and knows that he likes her for more than just a friend, she is leading him on and/or simply likes that attention. If I went out to dinner with a man and he told me he liked me more, I would stop it right then and there and leave

Oh, so if that boyfriend broke up with her just because she had dinner with someone of the opposite sex, she is lucky to be free of him unless she is someone who loves that attention....then he is better without her

Once in a blue moon, as long as one's partner knows, okay. But if you continually do it, nope.

For a legit business reason it is ok

No, I would not have dinner alone with a male other than my spouse of 47 years. I also have no problem with those that choose to do it though, that's their choice.

As for Pense..........nothing would surprise me. Seems he has
quite a problem of control. Weird.
Cheers
Colin

I've had dinner with a mutual male friend of ours, but we are also really good friends with his wife. It's not something we would do all the time though.

I see no problem with it. I've been with Jason for 20 years and on many occasions we have each went out to lunch with the opposite sex. I've never been tempted to cheat and feel very strongly that he hasn't either.

Everyone has a different perspective on this.

I don't see a problem with it, but I wouldn't choose to.

Seems that man might not have self control, or he doesn't trust himself. If he got what he wanted at home he probably wouldn't even think about taking another women out to dinner and thinking the wrong thing.
Yes, I would go out with a male and have done for business reasons in the past. Body language is a good thing!

In the course of my various careers I've taken attractive women out to dinner, but never for social reasons.