Question: Were You Worried Back During Y2K? 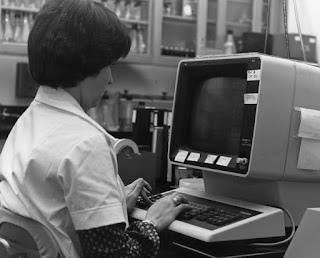 Unlike what Prince said, 1999 was more about being paranoid than partying. The Y2K bug was a big scare about every computer in the world was going to go insane because when the year rolled over it would have screwed up with some kind of stupid computer programming. I remember people buying massive amounts of stuff. To be honest, if the world ended in a nuclear apocalypse, a giant pack of toilet paper from Sam's Club ain't going to save you. I was more optimistic of the situation and skeptical about it was ever going to happen. Fear mongering rarely gets to me, but I'm quite a few IQ points above the general population.

Ha! Yeah, I remember that well. People can laugh it off like it was a minor concern, but there were so many people who were genuinely panicked. Stocking up on supplies. Ammo. Readying for the world to go sideways. I was already working in IT (even as a 16 year old kid), so I knew what was going to happen (nothing). I just got to laugh from the sidelines.

No, I thought it was a lot of hype.

I was just as worried about it as I was about the whole Mayan thing. = pffffffffffft

I was a bit worried but more so that our bank accounts would be screwed up than I was of a massive meltdown. One of our friends went crazy, buying a 'bunker' and stocking with with seeds, dehydrated foods and silver. lol

I remember that and no, meh, I wasn't worried about it. I do have a nephew who must still have some of the junk he bought.

No, I don't think I was scared much at all. I was wondering if something would happen to my computer, but nothing happened. There's been too many "end of the world" rants for me to worry about.

I didn't stockpile food or toilet paper or anything, but I did buy a great big container of bottled water. Took me years to finish drinking it.

I am a worrier so yes. At the time I was maintaining some computer systems so it was my job to ensure all would work properly.

I made a lot of money creating Y2K illustrations for clients. I never thought the world would end over this.

Of course not...........what a HOAX!
Turnip Top stuff.
If I recall the rest of the World was more amused/befused
with reading of the antics of the Americans and their stockpiling
of food and for strange reasons also guns. What were the guns
for? To shoot of ALIENS - ha ha.
Colin

I worked in a bookstore then and rolled my eyes every time someone bought a book about how to survive Y2K. It was truly ridiculous how many we sold.

No, I never gave it much thought. I was working as a computer programmer at the time and felt comfortable that everything was going to turn out fine.

No not at all.

I wasn't worried, but I did have a stash of small cash bills just in case I needed them. I've had a stash of small bills since. I already had tuna and water in my tornado area under our stairs. I was far more worried about tornados (still am) than Y2K.