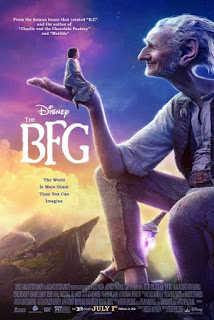 The BFG was a movie that flopped pretty big at the box office for Disney. To make matters worse is this a legitimate film for Steven Spielberg who usually doesn't do films that. But it's based on a book by Roald Dahl who also wrote Willy Wonka and Matlida. I liked both books and their movie counterparts, but I never had read The BFG. I never knew quite what it was even about either. BFG stands for Big Friendly Giant. I guess Dahl thought he was clever in the name, but I think it alienates the audience more than anything. I think it's performance at the box office rather proves my point along with the fact that this movie took many decades to emerge. 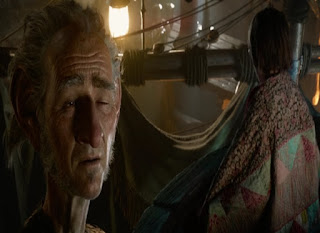 The film's main character is a young orphaned girl named Sophie. At an orphanage she sees a giant in the street, and he snatches her out from the window and takes her to "giant country". Fortunately for Sophie, he doesn't want to harm her. He merely wants to prevent her from telling others about the existence of giants. The Big Friendly Giant doesn't eat humans, but rather strange vegetables that nobody has ever heard of. Sophie is pretty resistant at first but she warms up to him. The Big Friendly Giant eventuallty shows her his collection of dream orbs which he collects and uses them to benefit mankind. 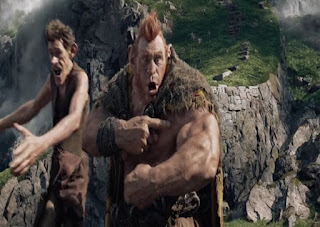 However Sophie should be more worried about the other giants. They are even bigger than her giant friend, and they make him look small. They call him "runt" because of it, and they are crude and mean creatures. They don't mind eating human "beans" and think the Big Friendly Giant is a disgrace to their kind. They often bully him just to spite him. Can Sophie and the Big Friendly Giant stay safe from the other giants? Or even better, prevent them from harming another soul in Great Britian ever again? 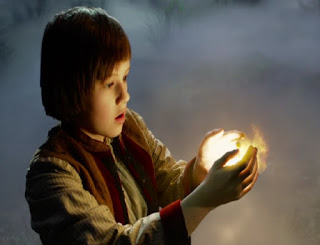 Overall I thought Disney's The BFG was about okay, but not even close to the awesomeness of Willy Wonka's and Matlida's movies. I'm not sure who to blame, but I hear it's pretty faithful to the book on which it's based. It has its moments and certainly will appeal more to the younger crowd, but I thought it could have been much better. It's rather funny that this movie really is a Stephen Spielberg film, certainly not up to par there. Sophie's actress Ruby Barnhill seems pretty talented for her age, so we may see good things from her later on.

It was interesting, but somewhat of a disappointment at the end.

The problem is the design of the giant. He just doesn't look interesting or even likable. The book is cute. The movie is not.