The Legend of Zelda: Breath of the Wild (Switch) Review 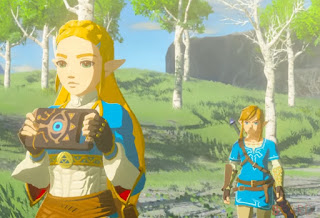 The Legend of Zelda is a favorite video game series of mine, so much so that I had named my dog Zelda (who sadly passed away last October) when I got her in the early 2000's. My first love in the series was Ocarina of Time, as before 1999-2000 all I ever played was the first game on NES and I found it too difficult for my mental power as a little kid. I later replayed that and loved it along with most of the games in the series. Breath of the Wild took so long to develop that it actually came out after the "death" of the WiiU and arrived as a launch title for the Nintendo Switch. They did make a WiiU version to appease fans, but the Switch version is suppose to be the best as the system is more powerful. 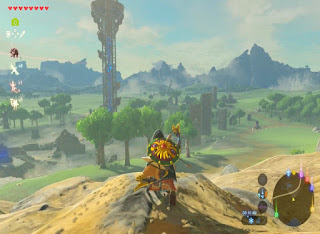 Unlike the previous Zelda games, Hyrule is HUGE and I don't mean that lightly. See the mountains on the edge of the screen? Well they're not just background art, you can actually climb them (sometimes easy) and explore virtually every corner of the world. While not much is impossible for pro-gamers, even the best will have trouble trying to find every secret in this game. You can pretty much go to any land in the game (after the initial stages)  at any time, which will test gamers in more ways than one. 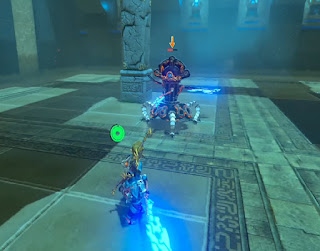 While most Zelda games feature Link with a unbreakable Master Sword, for most of the game you'll use randomly found weapons from swords, axes, clubs, and many others which can break and will disappear. Most of your weapons can be found via defeated enemies, so it's not too bad. You also have a magical medieval mini-tablet call the Sheikah Slate which allows Link to use magic of sorts like magnetism, freezing, and paralysis. You also notice a severe lack of traditional dungeons, many of which are replaced by shrines which can be either puzzle or combat-based. I came across two that used a Super Monkey Ball-ish challenge that is controlled by motion controls only and they were extremely difficult because of it. Shrines basically let you eventually upgrade your hearts or stamina and you have to search hard to find them all. 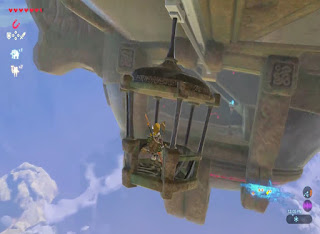 Like Majora's Mask, in Breath of the Wild there are only four main dungeons which are really inside giant mecha-animals called Divine Beasts. The dungeon map is really something that control the motions of the divine beast. Like moving the wings of a bird, or the trunk of an elephant. Unlike other Zelda dungeons, there are no new items to find. You basically find them anywhere or through  side-quests. Now each dungeon has their own bosses each unique with its own ability but a lot of them do seem to be less memorable as all of them are basically different forms of "Phantom Ganon" so that's a little lame. While the design all four dungeons are clever, I think they're more dumb clever than fun clever. Most Zelda dungeons I can figure out on my own, but I was lost more than once on all of these ones. 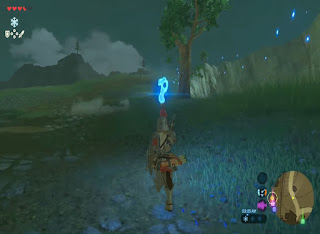 Breath of the Wild apparently has a higher rating on Metacritic than any other video game in history, and to be honest I can see why. Breath of the Wild has its own issues, and it's not a perfect game by any means. Most of the side-quests (not shrines) are dumb, the difficulty is unbalanced (it's much harder from the start than the end), sub-bosses are ironically tougher than the main bosses, and you'll be frustrated more than a few times. On the other hand it's a huge game with countless things to do and plenty of places to explore. Your jaw will drop on more than one occasion when it comes to Breath of the Wild. It's certainly one of the toughest Zelda games ever made, and one of its best. WiiU and Nintendo Switch owners would be wrong to skip this one.

This game really challenges you to use you logic skills. Especially the shrines!
I had such a hard time with some of them at first but now I pass them with ease. BOTW is also the first Legend of Zelda game I've ever played (although I've always been familiar with the characters) and I'm extremely impressed by how much I love it!