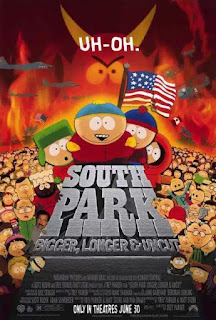 South Park made big waves when it first landed on TVs but the movie was a pretty big deal for the time. I didn't get to see until a few years afterwards when I rented it at Blockbuster. I recently re-watched it the other day. 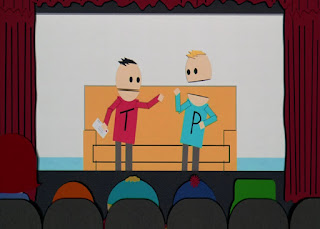 The story wasn't the greatest but they didn't make it stretch out either. Basically a Terrance and Phillip movie comes out and causes Stan, Kyle, Kenny, and Eric Cartman to curse like sailors. Which lands them into big trouble. 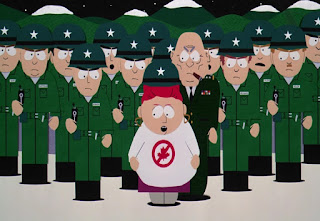 But the shift then blames the cursing on the film's country of origin with Canada. Which leads quickly to a rather dumb and stupid war between the United States and Canada. 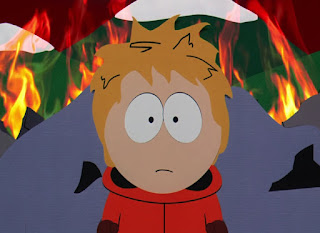 We also got to see Kenny and hear his voice clearly.
Posted by Adam at 12:00 PM

I can always watch this movie and never get tired of it!

I started laughing a few minutes into this movie and didn't stop laughing until it was over.

I always thought this was a crazy movie! (lol) Hugs...

It sounds like a funny movie. I'll have to watch for it on my cable service.