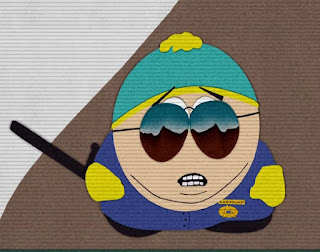 While South Park made Comedy Central a real TV channel, the 2nd season sure did impress more than the first. Animation was a good bit better but the craziness was still strong. I recently re-watched it while my wife Daisy watched it for the first time. 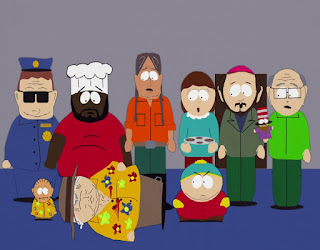 The first season left on the cliffhanger on who Eric Cartman's father was. And...well it was...his mom? 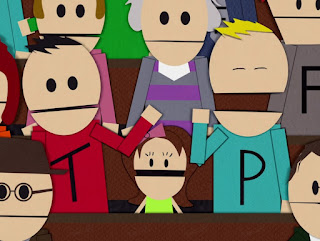 To make matters worse is that on April 1st was the first episode of Season 2 which was a joke episode about the characters Terrance and Phillip who are TV characters in the South Park universe. Only the South Park guys would got out of their way to royally tick off their fanbase. 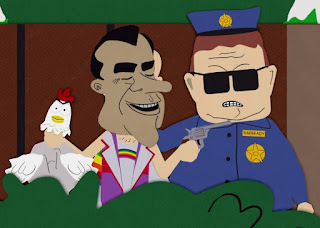 I don't think I'll ever forget the moment where Officer Barbrady learned how to read. 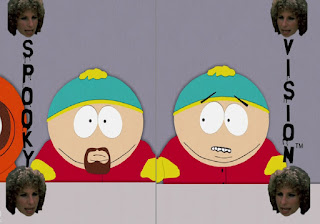 And their Halloween episode with the good "Evil" Cartman was pretty good too. 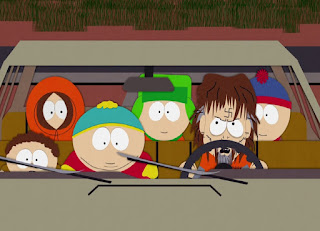 And they didn't do many celeb parodies this time around, but I do think the Charles Manson one was a pretty cool episode. Only Charles Manson would feel normal in a house full of Cartmans.
Posted by Adam at 1:00 PM

I used to watch that show. It's funny.

Haven't watched in a while but it is a funny program.

One of these days I'll check South Park out. You remind me of how many people found it funny and brilliant.