Fact of the Day: Duke of York 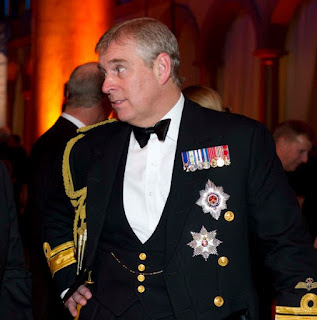 The Duke of York was a position created for Edmund of Langley who was the fourth son of Edward III of England. Eventually one of his descendants became King Edward IV and he gave his second son Richard the title of Duke of York. The title would disappear and be recreated several times over the centuries for second sons of the monarch. Ironically pretty much all Duke of Yorks since the founding of the Tudor dynasty have become king such as Henry VIII, Charles I, James II, George V, and George VI. Queen Elizabeth II's 2nd eldest son Andrew is the current Duke of York, however he is now sixth-in-line to the throne and highly unlikely to become King.
Posted by Adam at 12:00 AM

Not as influential as it used to be it would seem

Good forbid with him as King.
Almost as stupid as Turnip Top.
Colin