Fact of the Day: French Franks 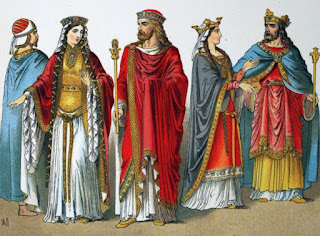 The name for France comes from the Germanic tribe known as the Franks who migrated in the region. After the fall of Rome, they were among the first in Europe to convert to a more mainstream version of Christantiy which respected the Holy Trinity. At the time there was a notable amount of people who believed in Christian-Arianism which saw Jesus Christ as inferior to God the Father. This led the Franks to eventually call themselves the "most Christian kingdom of France".
Posted by Adam at 12:00 AM

Email ThisBlogThis!Share to TwitterShare to FacebookShare to Pinterest
Labels: Christianity, fact of the day, france

Probably why the Merovingians claimed to be directly descended from Jesus Christ.