Fact of the Day: Jon Hubbard of Arkansas 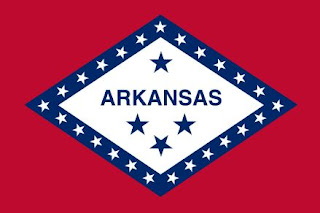 While never elected to the national level, a far-right winger named Jon Hubbard served one term in the Arkansas House of Representatives from 2011-2013 as a Republican. One year after Obama was elected, Hubbard published a book called Letters to the Editor: Confessions of a Frustrated Conservative. In the book he called the history of slavery to Africans as a "blessing in disguise" and that African Americans don't appreciate a good education. He also claimed that both legal and illegal immigration would lead to either planned wars or extermination. He was defeated in the 2012 state elections.
Posted by Adam at 12:00 AM

Email ThisBlogThis!Share to TwitterShare to FacebookShare to Pinterest
Labels: Arkansas, fact of the day, politics, republican

I remember this guy!!! He was a mess.

good thing he was defeated.

Glad the people saw him for what he is and didn't re-elect.

Holy moly... It's good that he was defeated. The world needs less of this type.

This man and many others voted for Trump. I hope Trump does not elect him to run something. Scar S.O.B.

Love the comment of Birgit......even if it is a scary thought but
with "Turnip Top" nothing would surprise me.
I believe there is a vacancy in the FBI - the top job!
This could be the Armageddon of that buffoon presently occupying
1600 Penn. Avenue except on week-ends when he catches the Tax Payer
funded "air taxi" to bloody Florida.
The visiting Russian Foreign Minister must think he has entered a
lunatic asylum!!!

I love the deafening silence of the Evangelical group of dowagers
when you put up these "delightful" bulletins - ha ha.
Cheers
Colin

Most politicians are better controlled in their expression. They say different things in public and in private. I think this guy did not get the memo :-)