Fact of the Day: Korean Irony 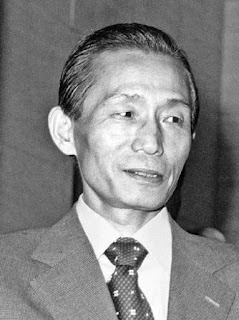 While North Korea is synonymous with dictatorship and zero democracy, at the start of the South Korea, things weren't so much better. Park Chung Hee lead a military coup and assumed power in 1961. He led a authoritative regime with limited democracy, suppression of the press and political parties were common, and by the end of his life he was essentially a dictator until he was assassinated. He claimed that the things he had done was to fight communism, and the United States is believed to have supported/tolerated him for the same reason.
Posted by Adam at 12:00 AM

Wow, I can so believe that!

And people magically forget that with NK now the big bad

I am hoping SK's new president Moon Jae In will do great things for the country.

I'm planning a Coup. Not sure what or who I am going to overthrow.

I never knew that.

Wow. I can not believe this. Neither this nor the fact the US supported this guy's antics.