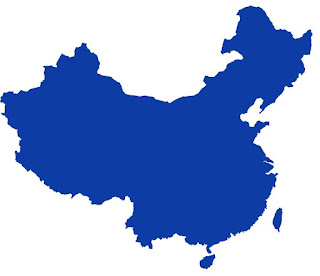 Even in modern times, in the county of Liqian in China, many of its residents have blonde hair and blue or green eyes. Historians mostly believe they are descended from Roman soldiers who were taken prisoner by the Parthian (Persian) Empire after the Battle of Carrhae and eventually intermixed with the local population.
Posted by Adam at 12:00 AM

And they all speak a dialect of Chinese?

I had no idea!

Well, I learn something new every day.

Never would have guessed that

Great little known fact. People always think that the Irish are dark haired but Ireland also has a lot of blond light-eyed people.

Amazing! Genes will out!

Wow! This is super interesting.

I didn't know this!

This is very interesting. i wonder if DNA testing has been done

I have heard of this or something similar; I also recall hearing about Greeks who travelled to Western China and settled there with the natives.

That's news to me. I had no idea! Those Romans got around, didn't they?