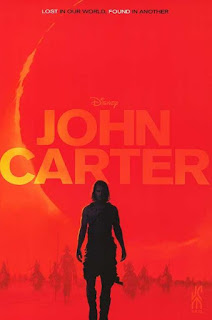 I knew John Carter existed back in 2012 but I really didn't care too much. It's based on the Barsoom book series (the first book being A Princess of Mars) that was notable around 1912 to the 1940's. Its creator Edgar Rice Burroughs also wrote the book Tarzan which was much earlier picked up by Disney and is far more famous than the John Carter series. Back in 2012 Disney had invested A LOT of dough into the John Carter movie. I suppose they were hoping this would be the next Star Wars but like 2013's The Lone Ranger it was a flop since its budget was so massive that a huge box office performance was the only way to reverse the trend. While some movies trip hard at the box office, they also do well with critics. But everyone seemed to be rather unimpressed with John Carter which might explain why it was a flop. What did I think though? 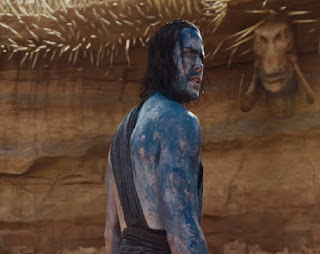 The movie is set in the 19th century with a man named John Carter. A former Confederate soldier, John Carter is being "hunted" by the U.S. army as they want his skills as a soldier to fight against Native American tribes out west. John Carter refuses and a conflict begins. John Carter in the chaos sees a man called a Thern and shoots him. The man dies but a mysterious force sends John Carter to another planet. He meets an alien race who call their planet Barsoom which John Carter figures out to be Mars. Due to different gravity and bone density, John Carter is practically super-human on Mars with super-jumps and superior strength. But the forces of Mars will most likely need John Carter's help as things go from bad to worse. 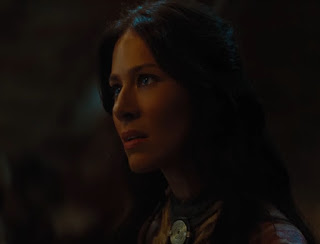 While some Martians are monster-like, there are humanoid races there as well. Two grand cities known as Helium and Zodanga have been at war for countless years. The monstrous villain Sab Than is given technology from a "higher power" that gives him the ability to destroy almost any force that stands in his way. With this power he has the chance to crush Helium, and after a bitter defeat Helium's leader Tardos Mors agrees to let Sab Than marry Princess Dejah Thoris in exchange for peace and most likely survival. However Princess Dejah Thoris is not a weak woman and strongly objects to the marriage and she is more than desperate to find any way out of it. 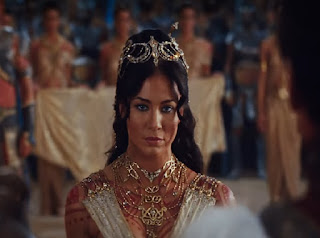 Overall John Carter isn't such a bad film, but it's not very good one either. While the John Carter books and its other media has been fairly healthy given how old the series is, the story here goes from semi-cool to dull very quickly. John Carter is in the realm of sci-fi and the genre of sci-fi was redefined several times post WWII so something that started before World War I is not going to wow anyone unless it's a got a interesting plot. John Carter could have been better if they had made the action memorable, the film shorter (it's about two hours long), and better explained what the heck is going on with the history of Mars. It's been five years and no sequel has happened, and I honestly don't think or want another one to emerge unless Disney or anyone else wants to reboot again.

I watched this movie a while back and I agree, while it wasn't bad it wasn't really good either.

It wasn't a great film or anything, but I did find it entertaining for the 2 hours it lasted

I'd probably give it a slightly better rating, perhaps a B-.