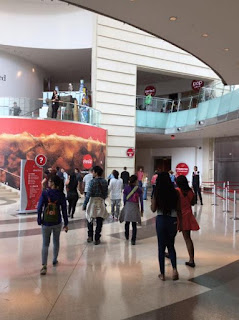 After the first introductory phases of the World of Coca-Cola, you can walk around and do whatever you want. 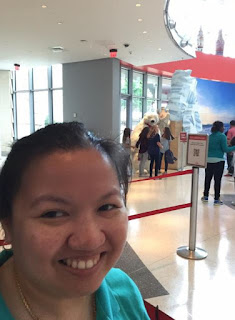 We got in line for one station and Daisy spotted a big fellow in the background. 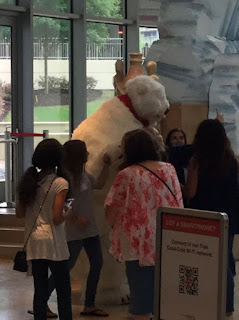 It was the Coca-Cola bear mascot. He's a popular guy that's for sure. If only girls swarmed over me like that when I was in middle school and high school. Daisy tried to escape from the line to meet him but the huge school group was already there. I told her, he'd be there when we returned.
Posted by Adam at 5:00 PM

Omg that is adorable! I would logo to visit that, for real! I love Coca-Cola ahah
TheNotSoGirlyGirl // Instagram // Facebook

HAHA! That was funny about the school comment.
I'm a huge polar bear fan, so I'd be heading for that bear, too :)

I can see why Daisy would want to be in line, she loves bears.

I love the Coca-Cola Bear.

Yes, I agree with Martha - That was funny about the school comment
There's something about polar bears ...

Daisy DOES love bears, doesn't she!